You are at:Home»MARKET PREVIEW»Commodity currencies Up, EUR and JPY lower; US, Canada trade, ECB minutes 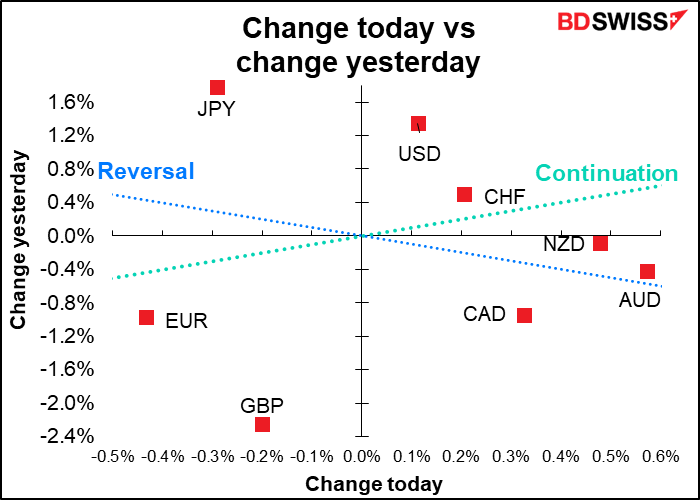 I just want to point out though that more than 40 senior UK officials resigned yesterday, following Chancellor of the Exchequer Rishi Sunak and Health Secretary Sajid Javid out the door in protest at UK PM Boorish Johnson’s ineptitude.  According to the FT, a delegation of senior cabinet ministers will visit Johnson today to tell him that he should resign. Astonishingly, the delegation is expected to include the new Chancellor, Nadhim Zahawi, who just got his job on Tuesday to replace Sunak! How’s that for gratitude and loyalty?

The Conservative Party a month ago held a vote of no-confidence, which Johnson barely survived with 59% of the vote. Party rules say another vote can’t be held for another year, but rules can be changed.

So far Johnson shows no signs of stepping down. According to Anushka Asthana, Deputy political editor of ITV News, Johnson is “absolutely defiant and is not going to resign.” “Sources tell me he told Cabinet colleagues that it was a choice between summer focused on economic growth or chaos of a leadership contest- followed by massive pressure for general election.” I expect this astonishing disarray to be negative for the pound.

Elsewhere, note that although the price of oil has fallen substantially over the last week… 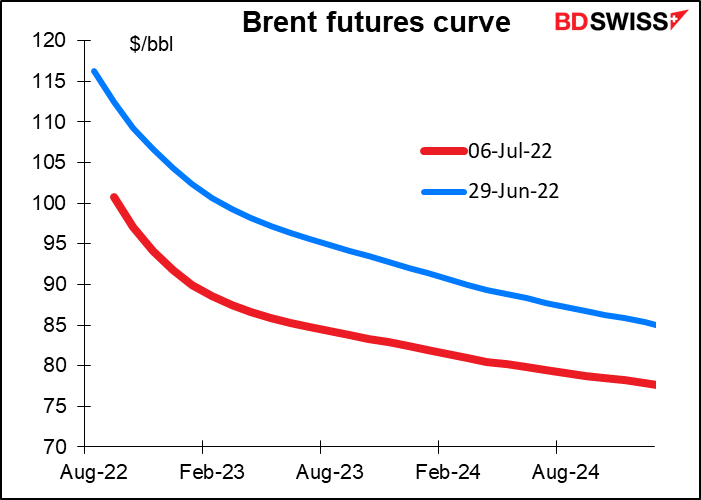 …the prompt time spread, the difference between the price of oil for immediate delivery and oil for delivery a month later, is still almost as wide as it’s been this year. That suggests the oil market is still very tight, or at least that oil companies are still worried about being able to procure enough oil today. 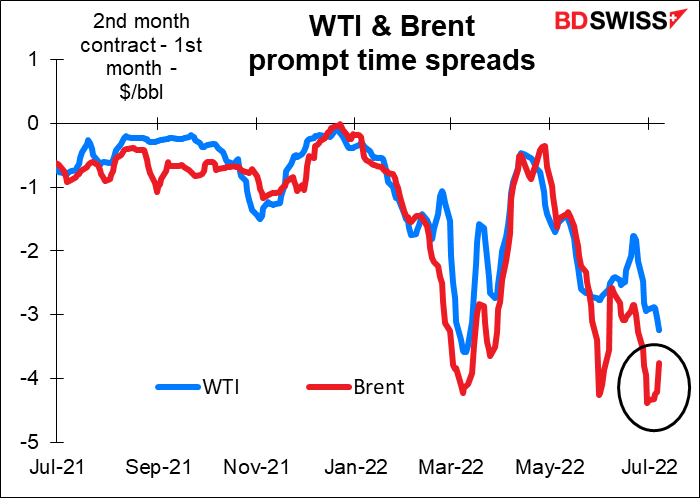 Finally, one of the enjoyable customs of the 4th of July Independence Day holiday in the US is the many fireworks displays that we enjoy across the country. Many people put on their own home celebrations. But check out this video of one family that got it disastrously wrong…

There was also the time 10 years ago when San Diego accidentally shot off 7,000 fireworks at once, creating what may have been the greatest fireworks demonstration in history. 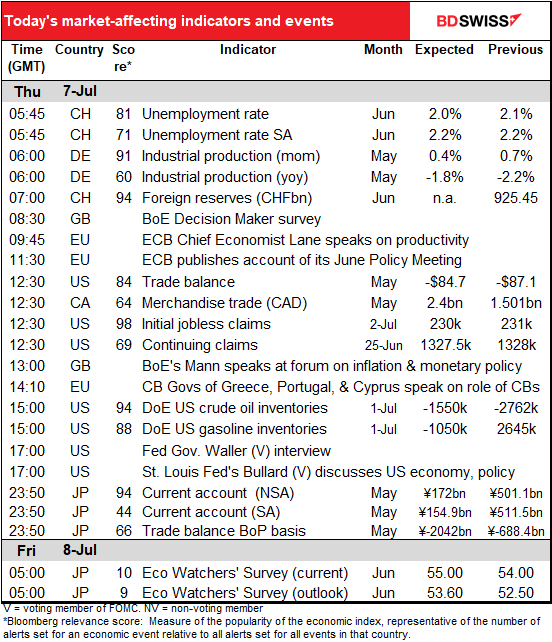 Lots of current account data today: the US trade balance (merchandise & services), Canadian merchandise trade, and Japan current account data. Trade data used to be the key for foreign exchange markets many many years ago, when financial flows were mostly to finance trade, but now financial flows dominate the global economy and determine trade flows, not the other way around.

The ADP report was supposed to be released today but as I mentioned earlier in the week, the company announced that they are going to redo the methodology “to provide a more robust, high-frequency view of the labor market and trajectory of economic growth” and so they’re going to suspend publication temporarily. The target date for resuming it is Aug. 31st.

We discussed the Swiss foreign reserves in yesterday’s comment.

The Bank of England’s Decision Maker Panel is a survey of Chief Financial Officers from small, medium and large UK businesses. They ask a lot of questions about output price inflation; unit cost, wage, and price growth; inflation expectations; uncertainty; and supply and labor shortages. The Bank uses it to monitor developments in the economy and to track businesses’ views. The most important part will probably be the inflation expectations. If businesses expect inflation to remain high, then they’re likely to boost their selling prices to cover expected inflation. That can start an inflationary spiral. 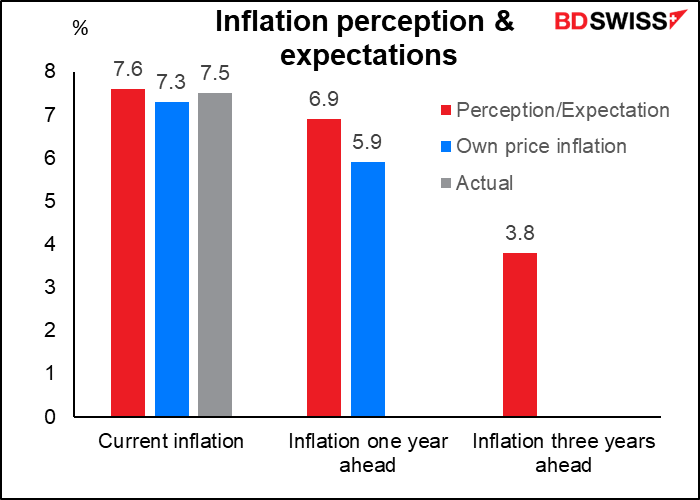 The European Central Bank (ECB) releases the minutes of its June 9th meeting. Several important points were decided at this meeting:

Like with the FOMC, the key points will be their reasoning behind the decisions and what might make them accelerate or slow the pace of tightening. Would they consider hiking by 50 bps in September? 75 bps? What about later in the year? A few weeks ago everyone wanted to know what would get them to speed up the process, but given the fears of recession nowadays, there will also be a lot of interest in what might get them to pause.

The US trade deficit narrowed by $20.6bn of 19.1% in April, the most on record, as imports from China fell sharply. This was probably due more to problems in China, which was still under strict lockdown, than any change in global trade patterns. For May the market consensus forecast is for further contraction, which isn’t hard to guess seeing as the merchandise trade data (blue line) is already out and showed a $2.4bn shrinkage in the deficit. 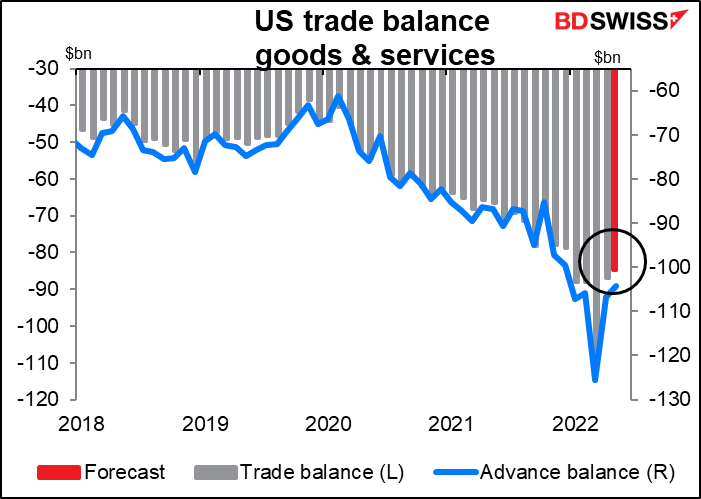 Speaking of trade, Canada’s merchandise trade surplus is expected to rise further. I doubt if this will have much effect on CAD however any more than the US data will affect USD. 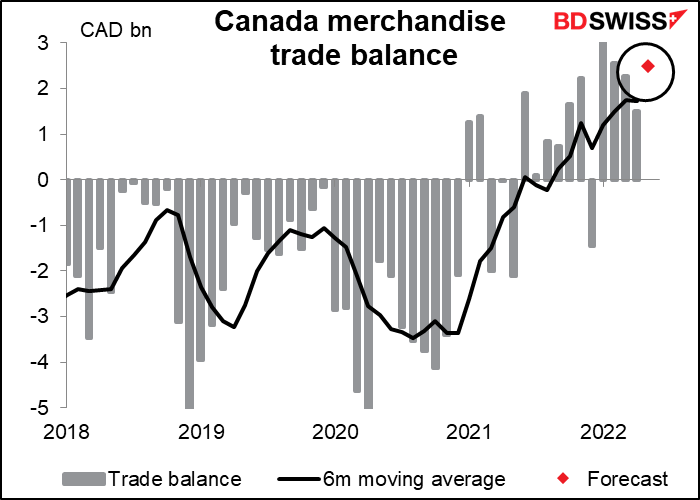 The weekly US jobless claims are getting intensely boring. For 10 out of the last 14 weeks the change has been less than 10k a week. Recently it was -1k, then +2k, then -2k, and now it’s expected to be -1k. And I’m supposed to write something about this every week. Maybe I should just put cookie recipes here to fill out the text. 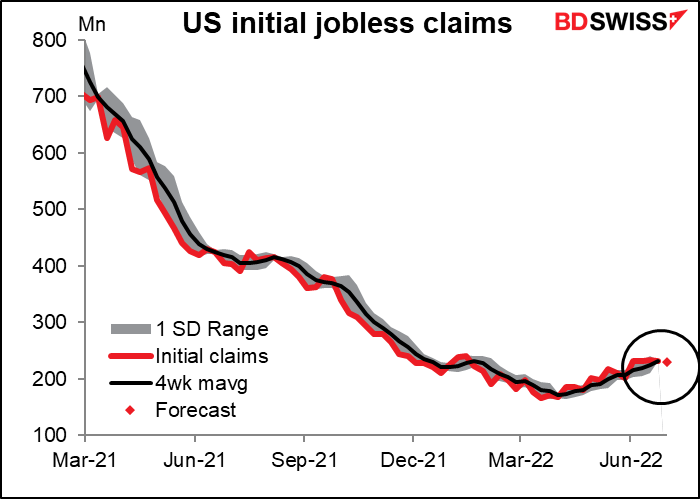 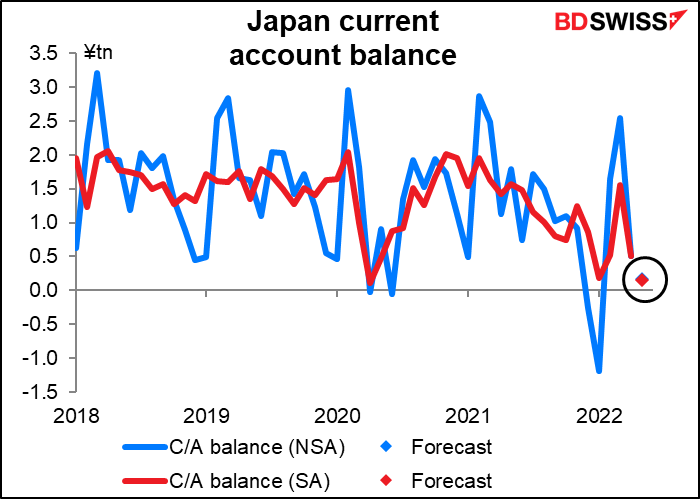 If we dig into the “why” behind this, we can see that the trade deficit in both goods and services widened last month. That’s apparently expected to continue. 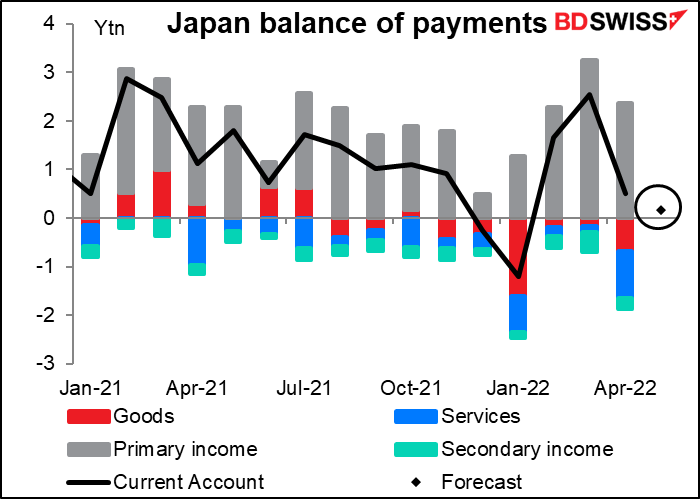 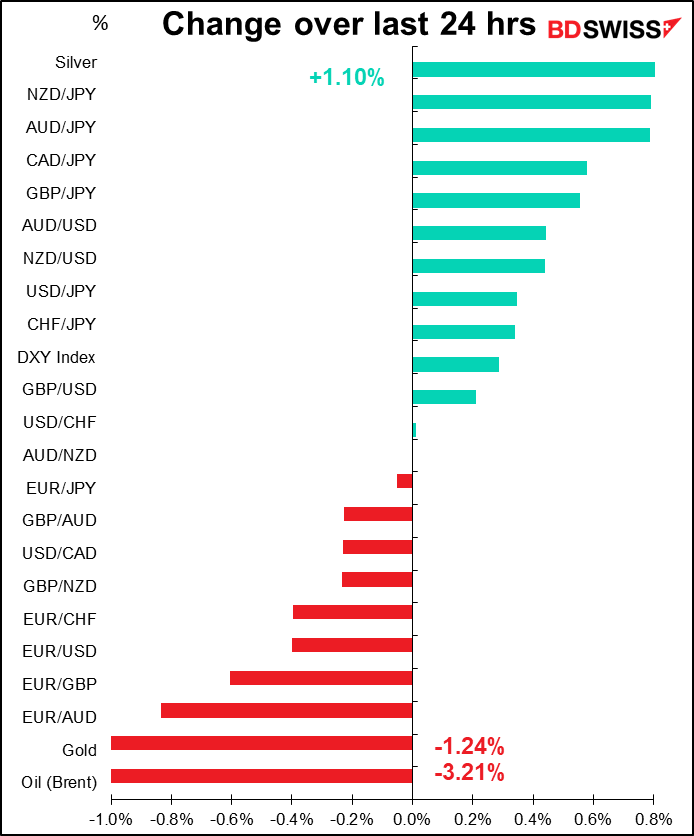 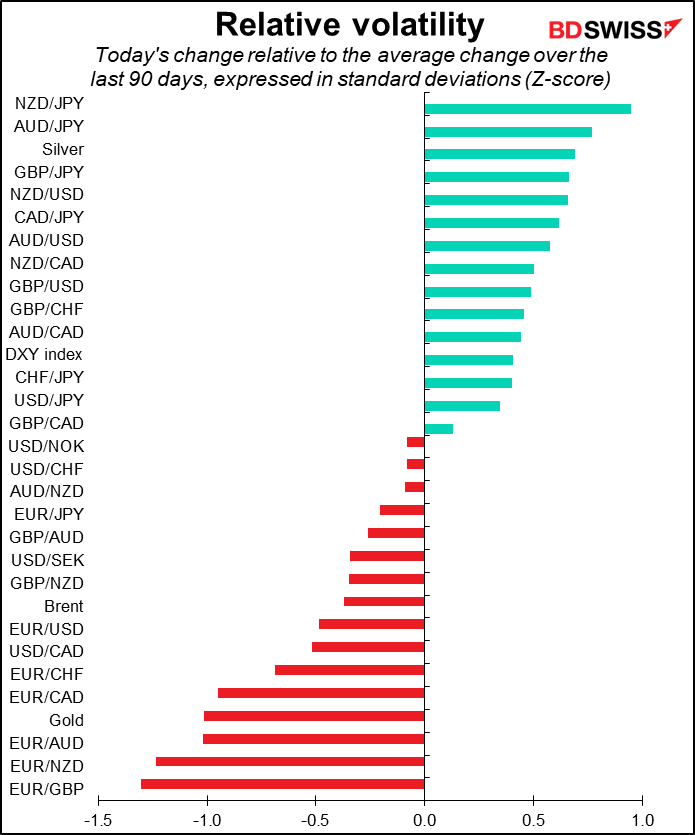