You are at:Home»MARKET PREVIEW»USD Down, Commodity Currencies Up on better risk sentiment; US personal Income & Spending, PCE deflators 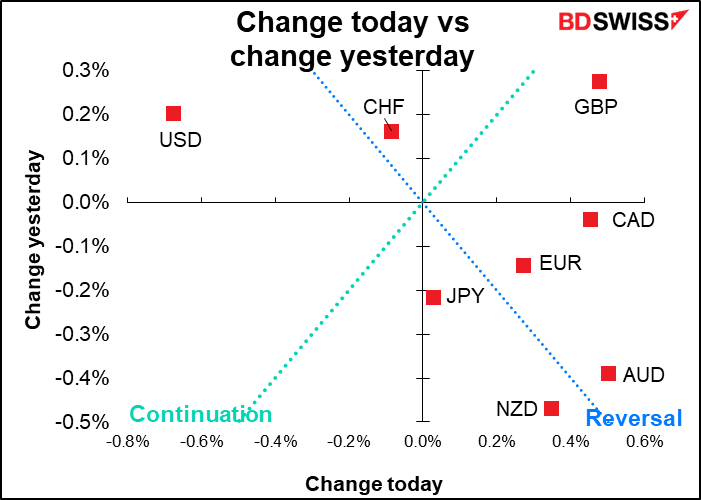 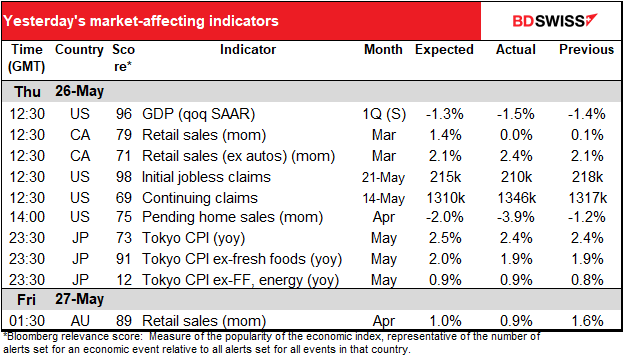 Well, maybe I will be able to retire eventually after all… Equity market sentiment improved substantially yesterday, with the World Equity Indices page on Bloomberg a sea of green except for Sweden, for some reason. The S&P 500 was up 2.0% and the NASDAQ up an even larger 2.7%, with two things driving sentiment. With the S&P 500 up 4% so far this week it looks like the run of down weeks for the index – seven consecutive weeks so far — may come to an end. That’s good because \the index has fallen for eight weeks in a row only twice since the Great Depression.

Stocks gained on better-than-expected earnings outlooks from retailers. Remember the shock a few days ago when Target Corp. missed earnings and the stock was down as much as 5.5% at one point? And the worries when companies like Target and Walmart reported rising inventories vs falling sales? Well, those days are gone, apparently. Macy’s (+19.3%) raised its earnings guidance before the US open, while the discount retailers Dollar Tree (+21.9%) and Dollar General (+13.7%) both surged on good earnings reports (the former reported a 4.4% increase in same-store sales, while the latter reported higher-than-expected earnings and raised its sales forecast for the year).

As a result consumer discretionary (+4.8%) was the top-performing sector in the S&P with Dollar Tree the best-performing stock in the market. And beleaguered Target is now up 12% from the low point after its earnings came out and even up 6% from the day before the earnings! 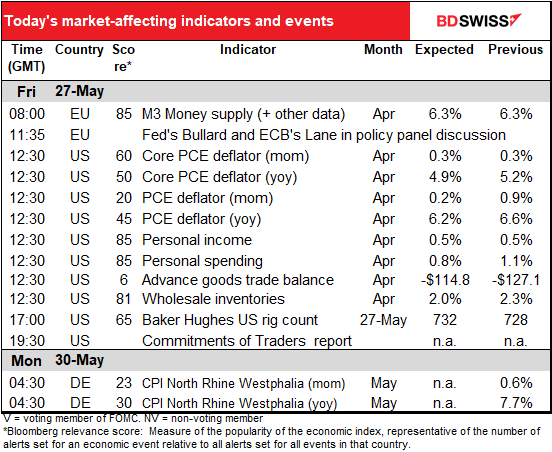 The day starts out with the EU money supply data. Nobody cares any more about what M3 growth is, although perhaps they should as it has been a fairly good leading indicator of Eurozone inflation. Still, it’s been a long long time since the European Central Bank (ECB) made a fuss about what used to be one of the “pillars” of its monetary policy. 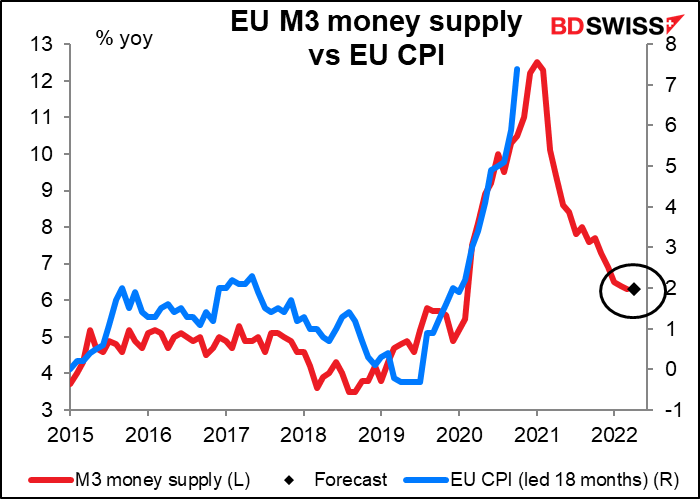 Probably Eurozone bank lending growth is more important – it’s turned down a bit recently. This may be a worry for the ECB. 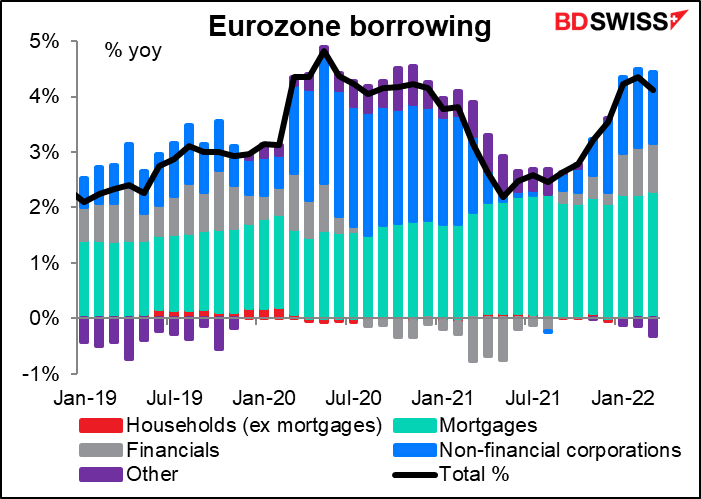 The stars of today’s show are the US personal income & spending figures, which as usual will be accompanied by the personal consumption expenditure (PCE) deflators. After last week’s surprisingly good US retail sales figures, people will want to know where is everyone getting the money to spend and will they keep spending?

Both incomes and spending are expected to continue growing in line with the recent trend. The fact that spending is forecast to keep growing by more than incomes suggests that consumers are willing to draw down their savings to support consumption. That’s good for the US economy and may be considered good for the dollar, too. 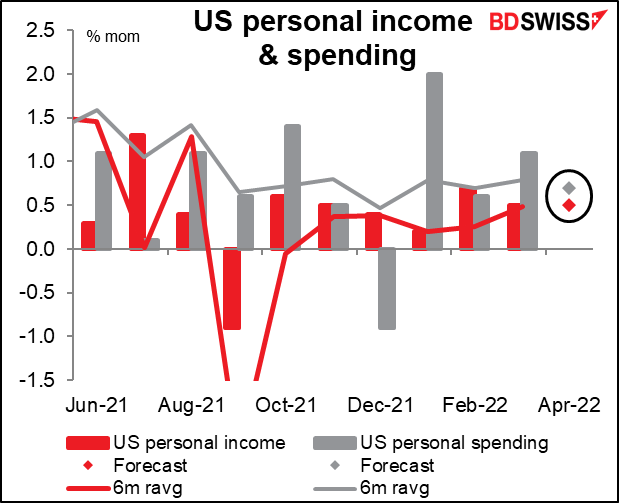 The personal consumption expenditure (PCE) deflators are the Fed’s preferred inflation gauges, but I’ve noticed that when Committee members talk about “inflation” they almost always refer to the CPI, not the PCE deflators. Nonetheless, we could get some excitement around this month’s PCE deflators as they’re expected to show a slowdown in inflation at both the headline and core level. 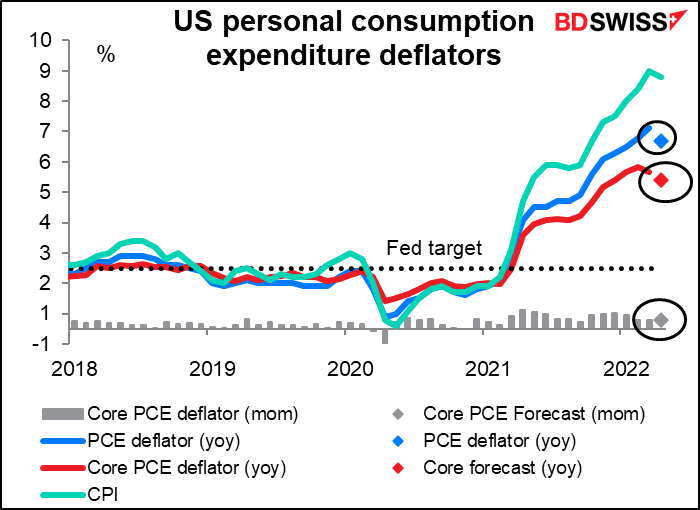 It’s not all base effects, either. If we look at the expected three-month change annualized, the headline rate is forecast to remain steady but the more important core PCE deflator – which the Fed said “historically has been a better indicator of where inflation will be in the future than the overall figure” – is forecast to show a substantial slowdown. This could trigger some unwinding of fed funds expectations that would be negative for the dollar. 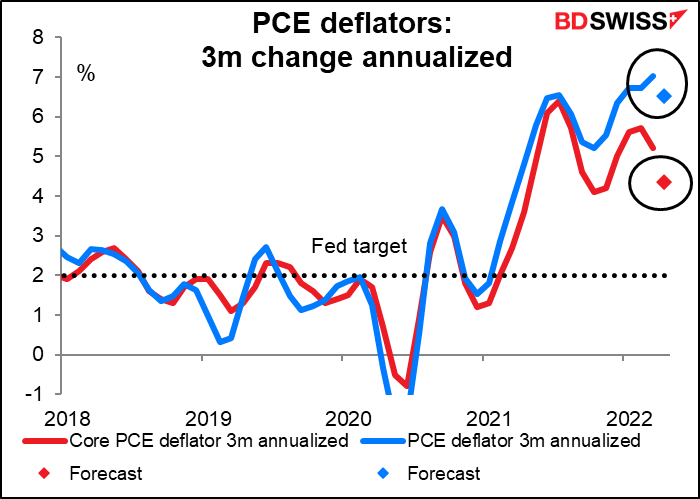 The question then is, which would the market consider more significant: a strong income and spending figure, or a slowing PCE deflator? Looking at the Bloomberg relevance scores, market participants put a lot more weight on the income & spending data (both have a score of 85) than the PCE deflators (mom change of the core deflator is 60, mom change of the headline is a mere 20). That makes me think that the income & spending figures are likely to take precedence, especially if the stock market takes heart from them.

Usually no one but data nerds like me pays any attention to the US advance goods trade balance, which is the surplus or deficit on trade in goods (as opposed to overall trade figures, which include services too). But since last month’s deficit exploded wider to hit a record trade deficit, perhaps this month it will attract some attention. The figure is supposed to show a slightly narrower deficit but still it would be a record if it weren’t for the previous month. 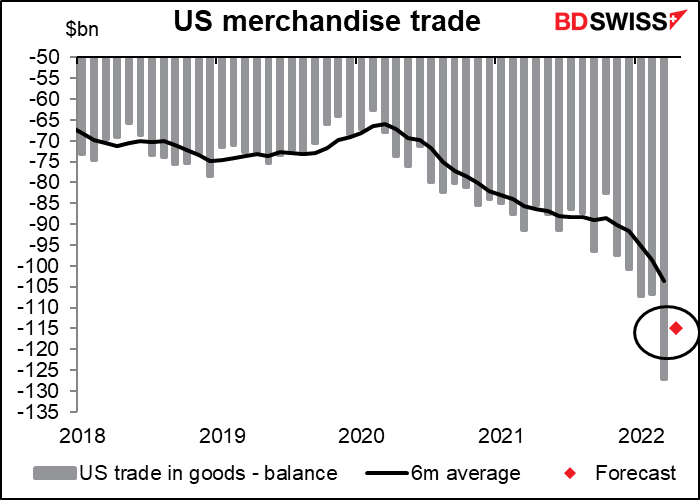 The problem is entirely predictable for the US. I pointed out above how US personal spending is continuing to grow at a healthy pace. Much of the “stuff” that US consumers buy is made abroad, meaning that US imports climb. Since the US economy has recovered earlier than other economies, that means US imports have revived earlier & faster than other nations’ imports. 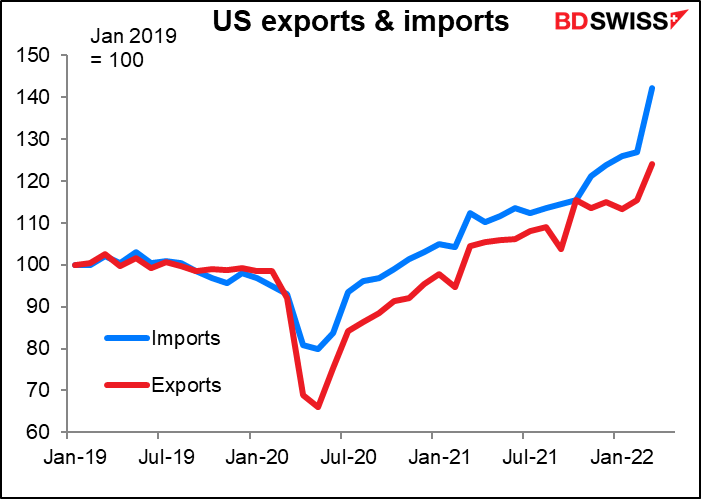 US wholesale inventories are expected to show another rise. 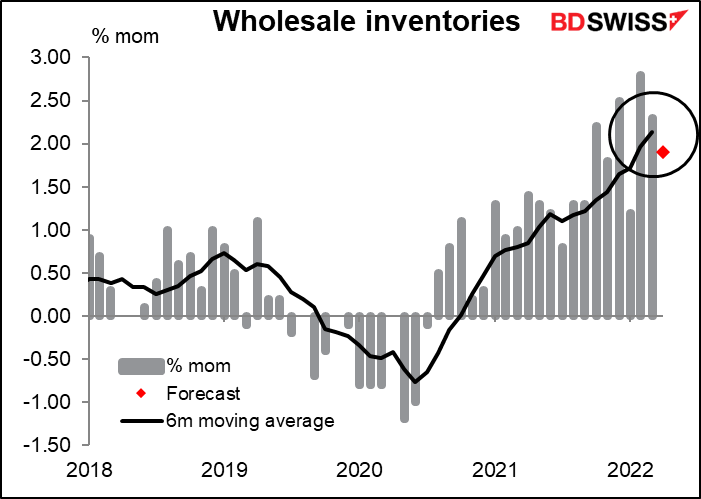 There’s a theory afoot that rising levels of inventories are going to force retailers to start cutting their prices soon to get inventories under control, which would push inflation down big time. Such large retailers as Target and Walmart have been reporting falling sales along with large rises in inventories. We don’t see this at the wholesale level yet – the inventory/sales ratio is still much lower than it’s been for several years. 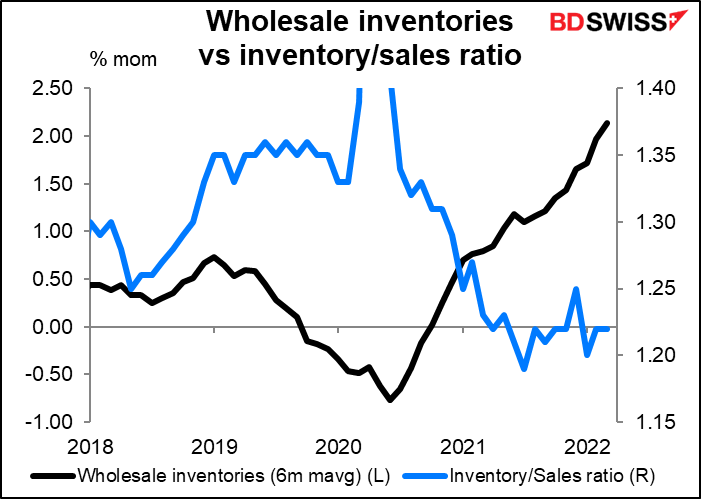 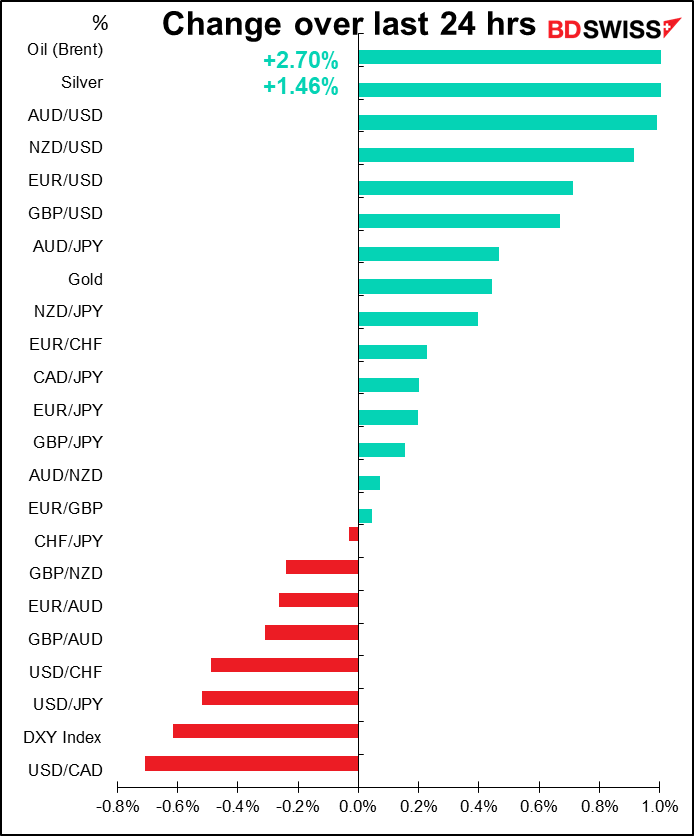