You are at:Home»ANALYSIS»GBP/USD In for More Losses

The sterling is not fairing well this morning with statements from EU chief negotiator Michel Barnier who warned the U.K. on Monday that the bloc will not compromise on the single market, accusing Britain of underestimating the cost of leaving the EU. He also warned that trade negotiations would take much longer than 11 months and that so far he hasn’t heard from Prime Minister Boris Johnson on how they wish to diverge. GBP/USD has plummeted this morning, to last trade around the $1.3020 level as EU/UK trade concerns spread.

We would see the GBP as a long term SELL below the support at 1.2950 with SL at 1.3190 and Tp at 1.2580. Markets are seemingly concerned over the possible trade complications between the EU and the UK and a generally stronger USD could boost the move even lower. 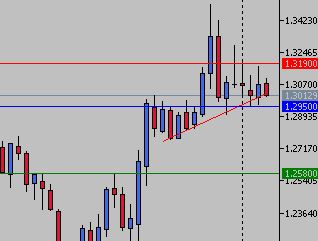