You are at:Home»Market Insights»Today’s US Election: A Guide to what’s important and what to Watch

Today’s the day! The US has seen an incredible amount of pre-election voting –more people have voted already before election day than voted total in 2016 – but there are still no doubt many many people who haven’t voted yet.

(If you need to brush up on how the US elects its president and what an “electoral vote” is or what the “electoral college” is, please see Explainer: The Bizarre Way the US Elects the President (it’s not what you think)

I wrote a lot about the likely impact of the election on the markets in my Weekly Outlook:  A Week to Remember. I won’t go through that again; please take a look at that article.

The most important states to watch:

The first polls to close are Kentucky and Indiana at 23:00 GMT, but those two states are reliably Republican and therefore aren’t indicative of the trend.

Florida (29 electoral votes) allows mail ballots to be counted before Election Day, which means we should get significant results from that state soon after the polls close at 00:00 GMT Wednesday. This is important because it will be almost impossible for Trump to win without winning Florida. Ohio (18) too counts its mail-in ballots ahead of time, so they should also be able to report shortly after 23:30 GMT. Texas (38) probably had limited mail-in votes (an excuse is required to vote by mail in Texas) so it will probably report soon after its polls close at 01:00 GMT. Even more than Florida, Trump has no route to victory without Texas.  North Carolina (15) estimates that it will report over 98% of ballots by election night. Colorado (9) has universal mail-in voting and they start counting the ballots as soon as they come in; a fairly good result should be available shortly after the polls close at 00:00 GMT. The state is not likely to be decisive for one side or the other, but a strong result there for either candidate would suggest that that candidate is likely to perform well elsewhere too.

The key states to watch are Florida, Pennsylvania, Michigan, and Wisconsin. Pennsylvania however will count mail-in ballots that arrive up to three days after election day so long as they were postmarked before, so a firm result won’t be available for this state for some time.

It’s not only who wins these states but also the margin of victory that matters. If there’s a landslide for either candidate, then the news organizations should be able to call the race quickly. But if it’s close, then there’s certain to be problems with either side challenging the results, calling for recounts, etc. The most important thing for the markets is whether we get a clear winner tonight.

It’s been reported that Trump is planning on declaring victory Tuesday night if it looks like he’s ahead, then claiming that mail-in ballots counted after Tuesday – a legitimate count expected to favor Democrats – are evidence of election fraud. (They’re not. Of course most states can’t count millions of paper ballots in a few hours. Plus in many states, mail-in ballots are valid so long as they’re postmarked by the election date, even if they’re received afterward.) For this to happen, his allies expect he would need either to win or to have commanding leads in Ohio, Florida, North Carolina, Texas, Iowa, Arizona, and Georgia.

While Trump declaring victory doesn’t legally mean anything, it does set up the country for a near civil war, as his supporters will believe anything he says and will assume that the Democrats “stole” the election if it turns out he didn’t win – as is likely, given the fact that Democrats tended to vote more by mail (see below about “blue shift”). Watch out for this possibility as I think it would be politically destabilizing and hence bad, bad, bad for the markets.

You have to remember what’s at stake here for Trump. It’s not just the Presidency. The Manhattan District Attorney and New York State’s Attorney General are independently pursuing potential criminal charges related to his businesses. Even if he avoids jail, the legal fees are likely to be enormous. He’s got over $300mn in loans coming due over the next four years that he’s personally guaranteed, plus $900mn of real estate debt. He’s got a dispute with the Internal Revenue over a deduction that could cost him $100mn. As one pundit said, “it’s the office of the Presidency that’s keeping him from prison and the poorhouse.”

I want to stress that while the polls show Biden is nearly certain to win the popular vote, that doesn’t guarantee him the presidency. Hillary Clinton won by nearly 3mn votes and where’s she been for the last four years? Thanks to the bizarre 233-year-old voting system the US uses, Trump can still lose the popular vote but win the election again. You can read an explanation of how he can do it here on fivethirtyeight.com. “A 10 percent chance isn’t zero,” says statistician Nate Silver. “And there’s a chance of a recount, too.” This site believes it largely comes down to Pennsylvania.

As I mentioned in my piece on the election, we have to beware of a “red mirage” and “blue shift” or even a “blue mirage.” A recent WSJ/NBC poll found that 47% of Biden supporters plan to vote by mail whereas 86% of Trump supporters will vote in person. In those states that process ballots as they arrive, we could start out with a massive lead for the Democrats, then shift to a lead for Republicans as the in-person votes are tallied, then shift back to a Democratic win as the remaining mail-in votes, including those that arrive after election day, are counted. It’s likely to be a long time before the race can be called definitively.

For further discussion of the market implications for these three scenarios, please see my Weekly Outlook:  A Week to Remember.

In the Senate, 35 of the 100 seats are up for election. Twelve are currently held by Democrats and 23 by Republicans. Ten of the 12 Democrat seats are in solid Democrat states and 11 of the 23 Republican seats are in likely or solid Republican states, according to the Cook Political Report. Three seats are likely to switch parties: polls indicate Arizona and Colorado are likely to turn Democrat, while Alabama is expected to turn Republican. That would cut the Republican majority by 1 to 52-48. That said, seven of the 23 Republican seats are currently rated as toss-ups, meaning there is the possibility of a Democratic majority. Three races — Iowa, Maine, and North Carolina  — will probably decide control of the chamber. Beyond those three, the story for the Senate will be whether the Democrats can win any of the other Republican-held seats up for grabs in Georgia, South Carolina, Kansas, Alaska, Texas and Montana. The party that wins the Presidency needs 50 votes to control the Senate, because the Vice President votes in case of a tie.

It will probably be several weeks at least before all the senate races are definitively called. Georgia will be especially late, because its rules say the race goes to a runoff if no candidates gets a 50% majority in the general election and at the moment no candidate is projected to get 50%. Since the margin of victory in the chamber is likely to be just one or two seats, the odds that the defeated side calls for a recount or starts questioning each ballot are very high.

As for the House of Representatives, there’s little doubt that the Democrats will win control. The number of seats will be crucial only if the presidential election results are indecisive and goes to Congress to decide. Then, each state gets only one vote, so the number of states a party controls is important.

There are also numerous governorships and state legislatures up for election, too. Those don’t make headlines like the presidential competition does, but 2021 is redistricting year. The Constitution requires that a census be carried out every 10 years and seats in the House of Representatives reapportioned accordingly. According to the Associated Press, 35 states are holding elections that will have an impact on redistricting. That will have a big impact on the House elections in 2022 and thereafter, thereby affecting policy as well.

The redrawing of these district lines gives each side the opportunity to gerrymander their state – that is, to arrange the districts so that their party has a natural advantage. That’s how, for example, the Republicans won 48.6% of the vote in Wisconsin but wound up with 61% of the seats in the state legislature. That’s also how my home district back in Ohio wound up looking like this and how we get represented by the appalling “Gym” Jorden, a one-time college wrestling coach who failed to report the sexual abuse of students under his care. 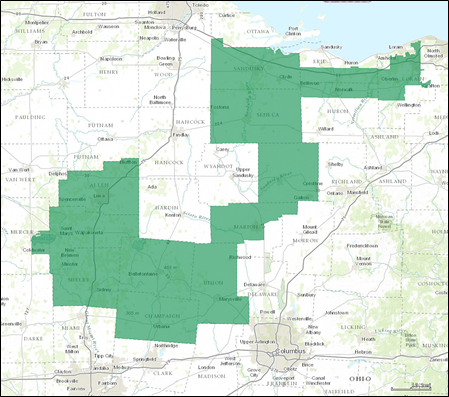 How to follow the election results:  All the major US news channels, such as CNN and NBC, will be having live coverage. Bloomberg will have a live blog starting at 23:00 GMT Tuesday, as will the Public Broadcasting System (PBS). Reuters will also be updating its website frequently.

When will the final, official results be known? That’s a really long story that I covered in my Special Report on the election. It gets really, really complicated. Let’s deal with that later in the week when we see whether it’s necessary. Suffice it to say that Trump and his gang are likely to try to drag it out as long as possible, using laws that haven’t been dusted off in 150 years and resorting to the Supreme Court more than once. If it’s not neat and clean, it’s likely to be long and messy. That is, if it doesn’t break decisively for one side or the other in the next day or two, then it’s likely to drag out through the courts, increasing uncertainty in the markets.

Just one little tidbit:  if there’s a tie in the Electoral College, the House of Representatives picks the President and the Senate picks the Vice President. So we could wind up with Biden and Pence…