You are at:Home»MARKET PREVIEW»GBP and Brexit in Focus in Holiday-Becalmed market; Not Much on the Schedule With the US and Canada on holiday, activity was slow and most currencies little changed. There was forex trading in New York but few participants.
This morning most Asian stock markets are modestly higher (+0.30% to +0.50%) and the S&P 500 index is indicated up 0.5%, This suggests a “risk-on” day today that will be good for the commodity currencies and negative for JPY and CHF. This came despite a threat by Trump yesterday to curb the US economic relationship with China with such measures as prohibiting federal contracts with companies that outsource to China. Perhaps the markets assume that Trump isn’t going to be the President for long enough to enact such measures.

The FT report about new UK laws contradicting important clauses of the Withdrawal Agreement concerning Northern Ireland dominated FX trading yesterday. EU chief Brexit negotiator Barnier responded to the report by saying “everything that has been signed in the past must be respected,” while EC President von der Leyen said the Withdrawal Agreement is “an obligation under international law and prerequisite for any future partnership.” In other words, any attempt to ignore or go around the agreement would rule out the two sides signing a trade deal. UK PM Johnson set a deadline of 15 Oct for reaching an agreement, saying “if we can’t agree by then, then I do not see that there will be a free trade agreement between us.” That’s increasingly becoming my base case.

The only reason to think that this is not going to happen is that the PM worries about his popularity and a “no-deal” Brexit is not popular. According to a YouGov poll , only 24% of the people polled think that would be a “very good” or “fairly good” result, while 50% think it would be “fairly bad” or “very bad.” (FYI this is not a very scientific poll – anyone can participate. I admit, I voted too.) 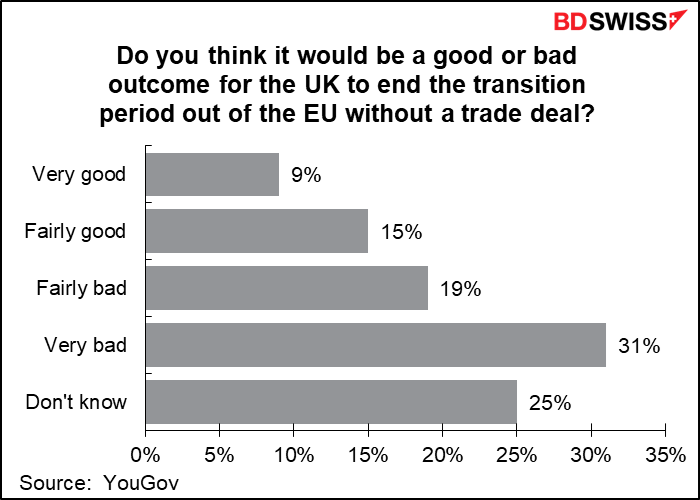 But regardless of what the country as a whole thinks, which outcome would be more popular with Johnson’s supporters? Because they’re the only ones who matter. As the Withdrawal Agreement made clear, any deal would mean parts of Britain’s regulatory system would have to align with the EU. That would be “Brexit in name only,” as people seem to be realizing only just now. Given that Johnson has been campaigning for years on a platform of a Brexit that restores Britain’s sovereignty, he might not survive in office if he passes such a deal. “There is still an agreement to be had,” Johnson said yesterday. “But we cannot and will not compromise on the fundamentals of what it means to be an independent country to get it.” I suspect that no matter what the country as a whole thinks, Johnson’s supporters would be more willing to accept a no-deal Brexit than a Brexit that compromises on the issue of sovereignty – which is of course the only Brexit on offer from the EU.
Furthermore, let’s ask another question: if the UK signs the Withdrawal Agreement and then writes into law various rules that abrogate the agreement, how do you think countries outside the EU will react? Would this make it more or less likely that the UK can conclude a trade deal with Japan or the US on favorable terms?

I remain bearish on GBP.

We already discussed the German trade data yesterday, and besides, no one cares about it anyway.

EU GDP is rarely revised, and when it is, generally it’s only ±10 bps. If it’s anything more than that it’s a big deal. Of course, Q2 GDP was an extraordinary event so it could well be revised by more than usual, but I think everyone realizes that Q2 was extraordinary and so they won’t make much of it. Q2 is not of much use in predicting Q3.

So the first real item of business is the US National Federation of Independent Businesses (NFIB) small business optimism index. The interesting news about this index is already out. The NFIB hiring index, which comes out a few days before the overall index, has already returned to the pre-pandemic level. That’s great news. 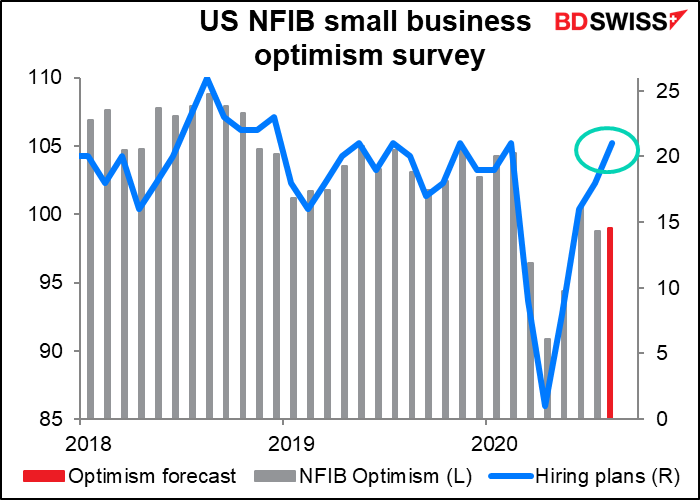 There are no forecasts for the Westpac consumer confidence index, but it’s followed and sometimes affects the market nonetheless. China’s inflation is expected to moderate in both directions:  consumer prices are expected to rise at a slower pace, while wholesale prices are expected to fall at a slower pace. Both may be a result of the effects of the pandemic-induced shutdown fading. Note that China’s producer prices have an effect on prices worldwide, as they are a big component of import prices, and therefore slower deflation here means a little less deflationary pressure elsewhere. 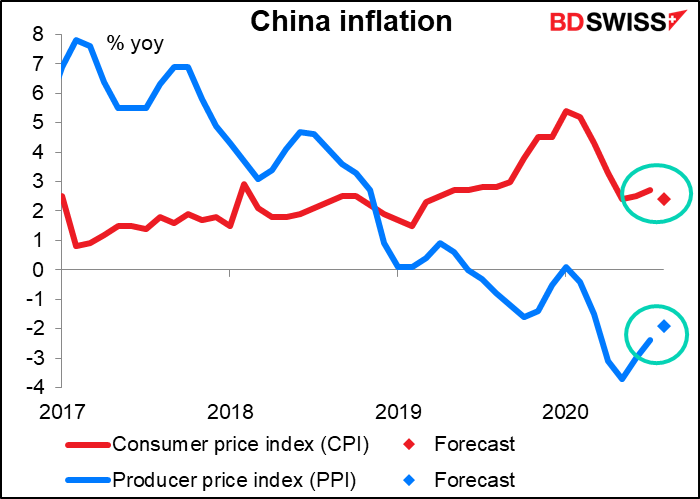 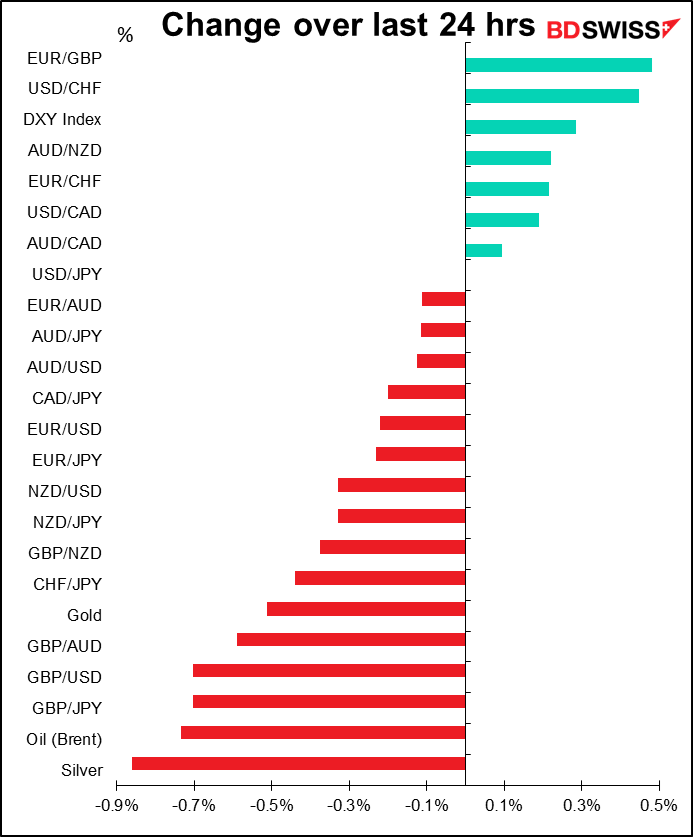