You are at:Home»MARKET PREVIEW»Russia continues to set the tone, but less so; US existing home sales 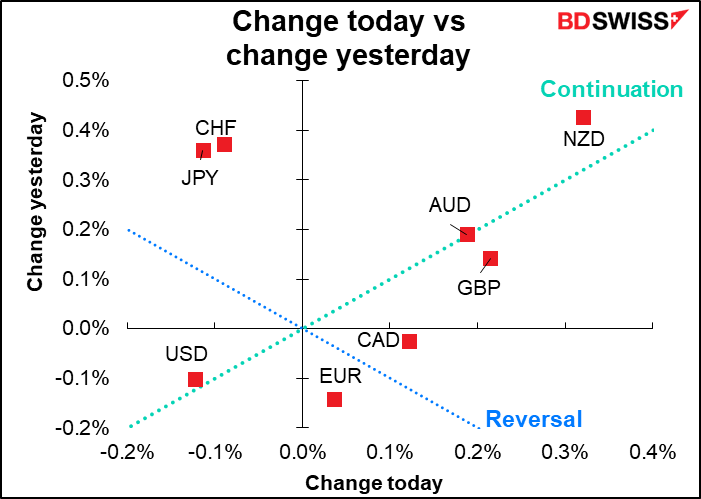 Russia continues to call the tune for the markets, but the markets are dancing less closely to the music.

The US said that Russia’s announced military pullback from Ukraine’s border was a ruse to mislead the US and President Biden warned that Russia will launch an attack “in the next several days.” On the other hand, the Russian news service Interfax said that there is no Ukraine invasion and none is planned (again, MRDA). US Secretary of State Blinken has agreed to meet Russian Foreign Minister Sergei Lavrov for talks in Europe late next week provided Russia doesn’t invade Ukraine before then.

The markets are indeed tracking the reports but they seem to be doing it less closely than before. Perhaps it’s the “boy who cried wolf” phenomenon – people have been worrying and waiting about an invasion for several days and are starting to doubt whether it will ever come about.

At the same time, the markets have started to reverse some of the aggressive central bank tightening that they were pricing in before. For example, earlier this week the markets were pricing in up to seven 25 bps hikes in the US during 2022, but now the consensus is back to six. Inflation hasn’t receded – on the contrary it continues to rise faster than people even expected in most countries (this week’s Canada and UK consumer price indices, for example).

Cleveland Fed President Loretta Mester was her usual hawkish self, but even she mentioned “tensions in Ukraine” as one of the risks facing the economy. The risk that something may indeed happen in Ukraine may be causing some investors to change their view of how central banks are likely to act in the future. 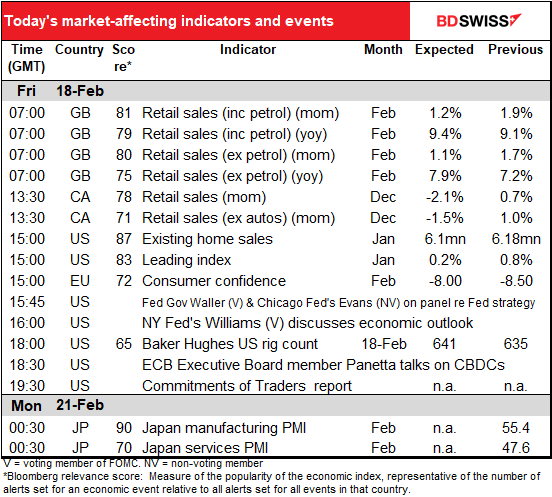 We discussed the UK retail sales yesterday. In the event, they turned out to be better than expected on a month-on-month basis but below expectations on a year-on-year basis. The mom figures are more important, so this is good news for the Bank of England and for the pound.

So then we just sit back and wait for the North American day to begin and Canada’s retail sales. The surge in virus cases late last year may have dampened sales, and disappointing auto sales made things even worse (which is why the ex-auto sales figure is likely to be better than the headline figure). 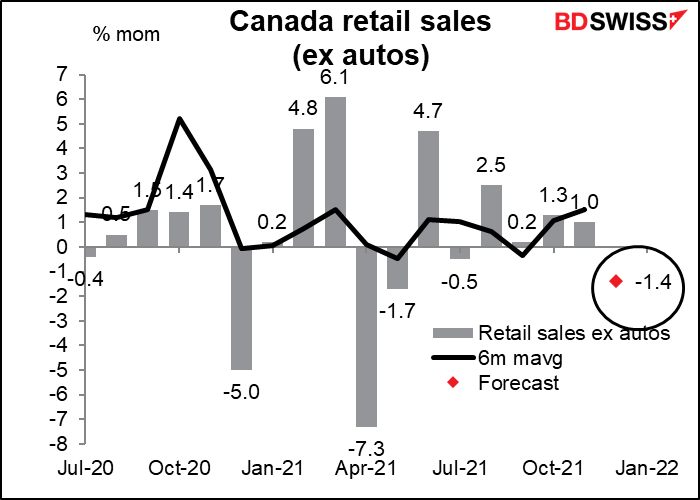 Given the disruption caused by the pandemic in January and the fact that restrictions have eased somewhat in February, I don’t think people will pay that much attention to the figures but rather will consider them to be yet another temporary distortion of the underlying situation. Of course the underlying situation in Canada might not improve that much if the truckers’ strike keeps up, but that’s another issue. 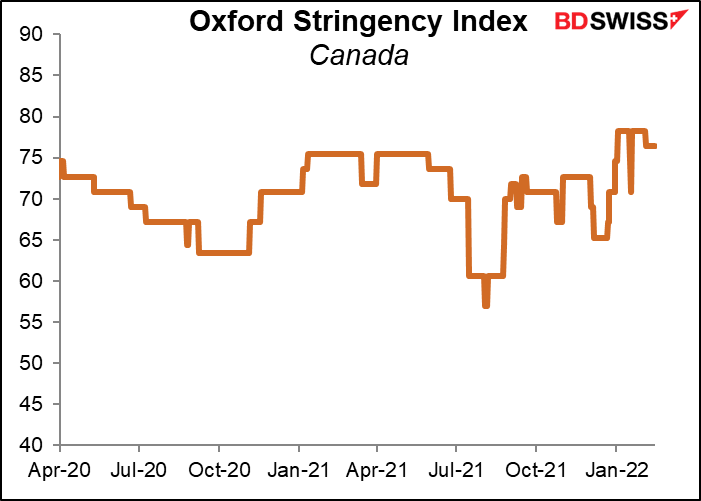 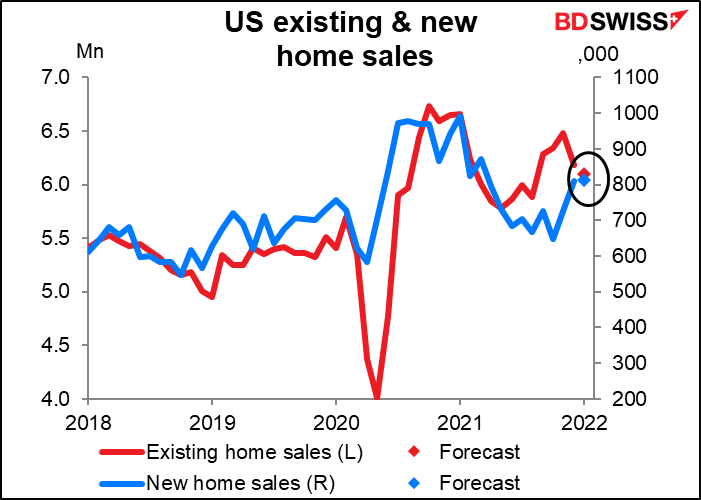 Some of the discrepancy may be down to inventories. There seem to be more new home sales available for sale than existing homes, relative to demand. Although I have to admit I don’t know if it’s the numerator (sales) or the denominator (inventory) that’s causing the divergence. 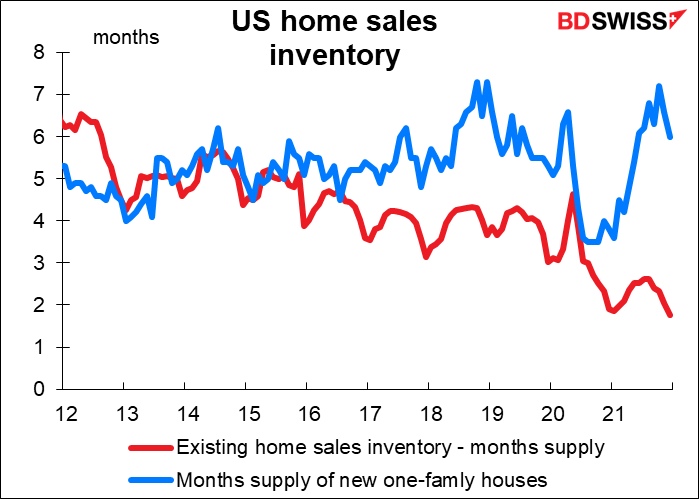 In any case, sales are holding up well despite the recent rise in mortgage rates. As I said yesterday, that may demonstrate how robust the housing market is, which is a good sign for the Fed – it means they can run down their mountain of mortgage-backed securities rapidly without throwing the US economy into disarray. USD+ 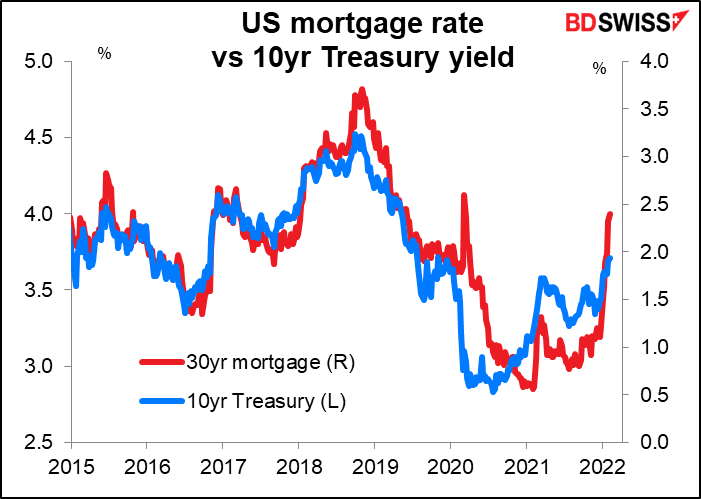 US leading economic index is expected to remain unchanged at 0.8. It’s been pretty steady since October. That’s a good sign for the economy as it means growth isn’t likely to slow down that much. The Atlanta Fed’s GDPNow estimate for Q1 GDP is a mere +0.7% qoq SAAR while the St. Louis Fed is forecasting a much more robust +2.5%. In either case though this would be down sharply from +6.9% qoq SAAR in Q4. The LEI suggests that maybe the Atlanta Fed at least is being a bit pessimistic. I think a steady LEI should be considered positive for the dollar. 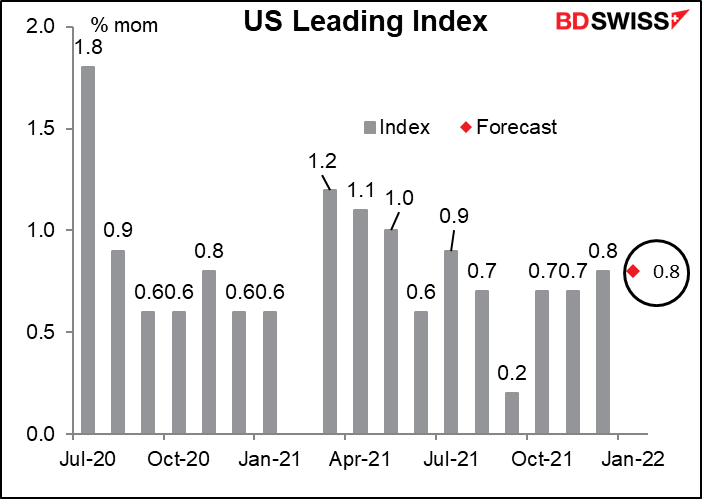 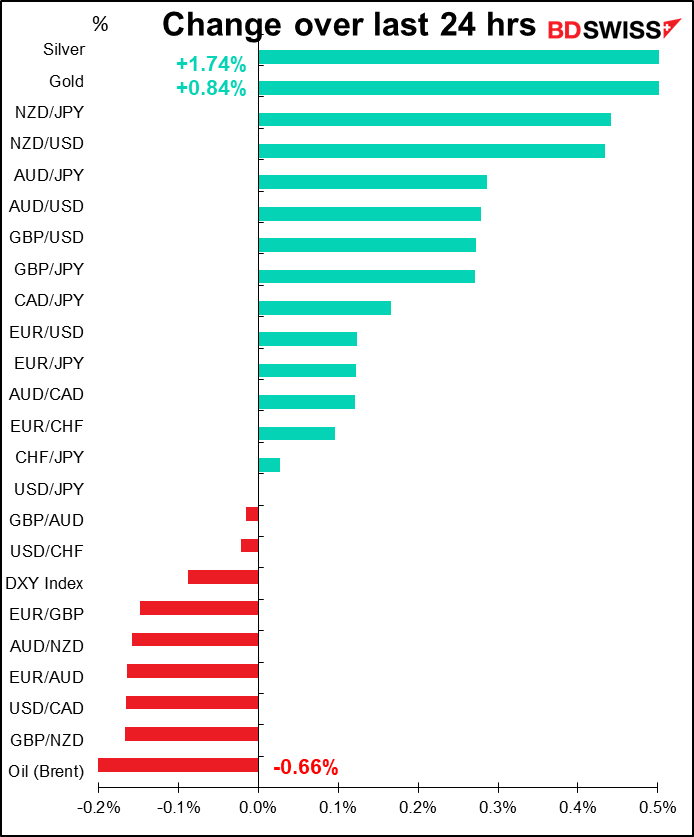