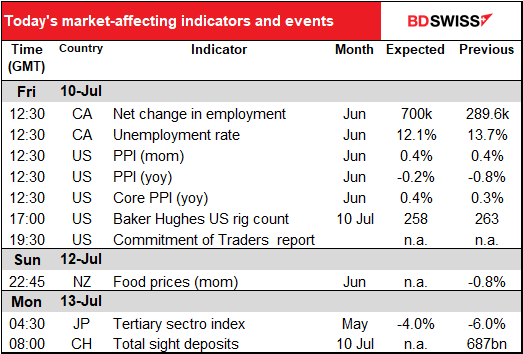 As Yogi Bera said, “it’s tough to make predictions, especially about the future.” I was convinced that with the momentum behind USD/CAD, it would break through the 200-day moving average and trigger stops that would propel it further down. Alas it only just broke through that – 1.3491 was the low – and then moved substantially higher. In the event CAD was the worst-performing of the currencies I follow every day as oil fell too.

The proximate cause was a “risk-off” mood apparently triggered by a US Supreme Court ruling that no president is above the law and Trump really isn’t too busy to turn his financial records over the NY prosecutors as part of a criminal investigation (although the court made it difficult for Congress to get hold of the same information). The news is perceived as negative for Trump, which I would’ve thought would be a big positive for the dollar – when he’s out there’s likely to be no more US-China trade war and maybe the government will get its act together with regards to the virus. Furthermore, the fact is that the dollar and the stock market have fared better under Democratic presidents than Republican ones. But so many people on Wall Street have a ridiculous knee-jerk reaction “Democrat = bad, Republican = good” that this kind of reaction can happen.

In any case, the rulings really are a victory for Trump, because he won’t have to turn over the papers before the election, so the voters will go to the polls still not knowing how much of his funding comes from Russia and how what he tells the Internal Revenue Service (IRS) about his income compares with what he tells the banks when he applies for loans. That’s no doubt what he cares about most.

There were other little things listed as contributing to the risk-off mood, such as concerns about US-China trade tensions (Reuters reported that the Trump regime plans to bar the US government from buying goods or services from any company that uses products from five Chinese companies) and the possibility of a “step back” in reopening in some US states thanks to rising virus cases. Of course the virus was climbing Wednesday morning too and that didn’t stop the “risk-on” mood. Probably no one really knows what triggers the moves; sometimes humans behave like a school of fish, suddenly shifting direction all at once with no perceptible trigger.

It’s noticeable that in this risk-off environment, EUR weakened more than the supposed risk-sensitive AUD and NZD. It’s quite likely that this is due to positioning: EUR is one of the largest G10 longs in the options market and so people may have cut their positions a bit as USD came back.

GBP gained on marginally positive news on Brexit. The EU confirmed that it would allow European traders to access the UK clearing houses for some time after Brexit. Also, chief EU Brexit negotiator Barnier reiterated that this week’s talks showed “significant divergences” remain, but they will continue to work with “patience, respect and determination.”

The Eurogroup of Eurozone finance ministers elected Irish Finance Paschal Minister Donohoe to lead the group. This was a victory of the small countries over the four large ones, which favored Spanish FinMin Nadia Calvino. Electing someone from a smaller country over the wishes of the big ones is a sign that the small countries don’t like being pushed around – perhaps emboldening the so-called “Frugal Four” in the debate about the Eurozone rescue package and budget. Nonetheless, Donohoe is considered relatively neutral and so isn’t expected to tilt the negotiations.

Today’s market
Not that much on the schedule today.

The main feature is the Canadian employment data. Usually it’s announced with the US employment data, but not this month. Like the US, the employment data in Canada is expected to pick up noticeably. The unemployment rate is forecast to fall and the number of new jobs is expected to rise by a record amount – although nowhere near as many as the jobs that were lost in March and April (about 3mn total for the two months). Still, the data may be seen as encouraging, particularly ahead of next week’s Bank of Canada meeting, and could stop the rout in CAD. 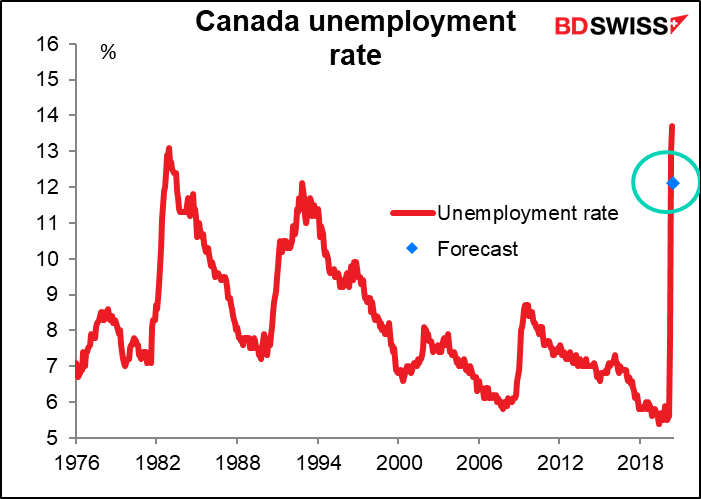 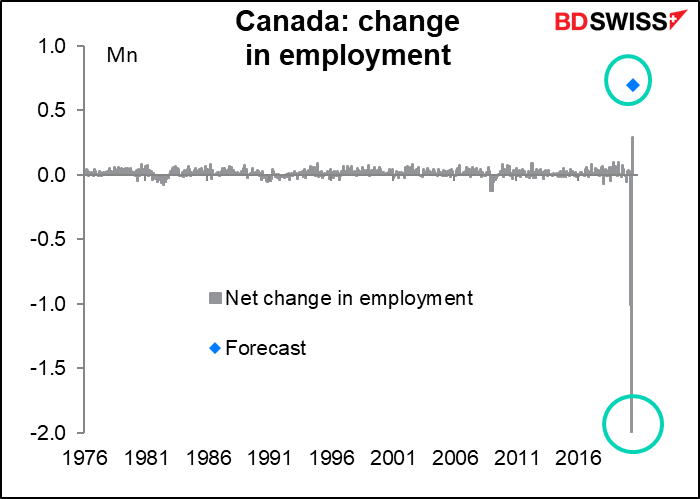 I won’t bother discussing the US producer prices, because I don’t think anyone is really worried about inflation nowadays.

The number of oil & gas rigs in use keeps declining. Every week a few disappear. 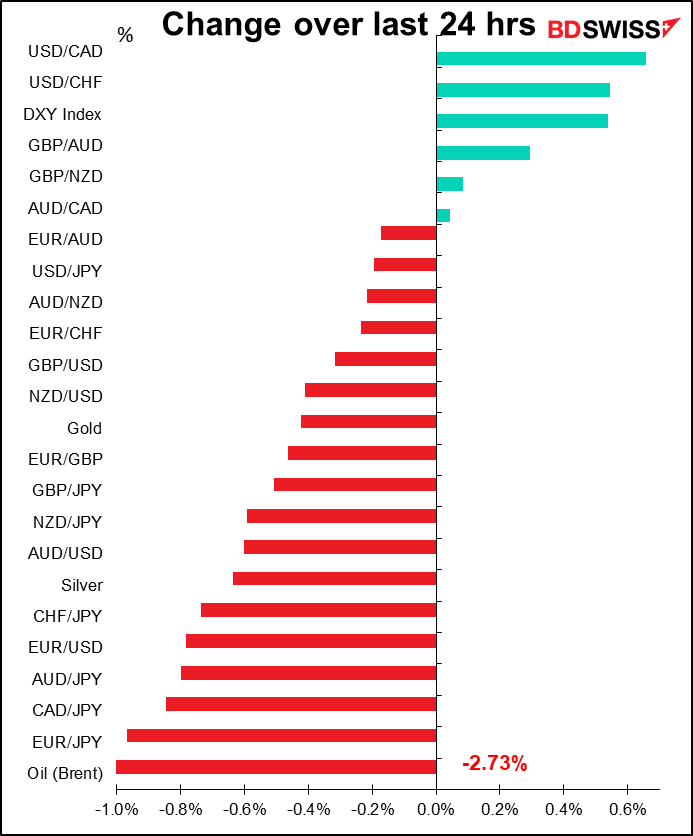