The monthly update of the shadow policy rates (see explanation at bottom) shows that there’s been little change in most of them over the month of August. This corresponds with central banks being mostly on hold. 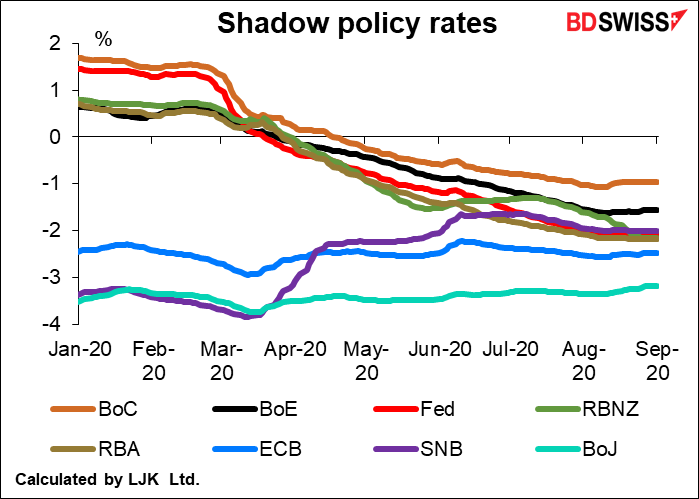 Of the ones that do show some change, New Zealand has been the most aggressive in loosening policy, 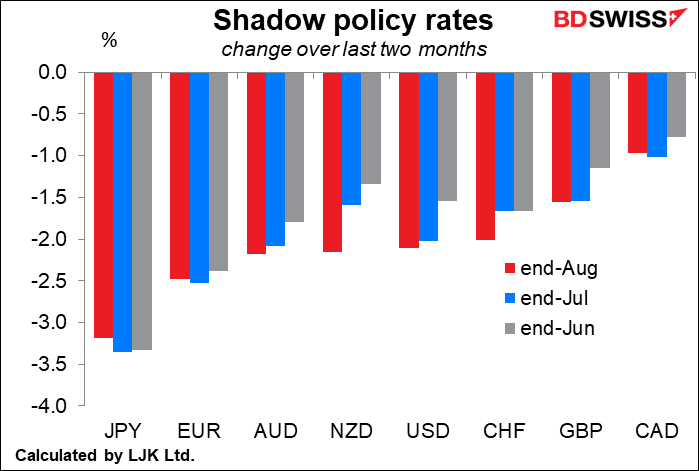 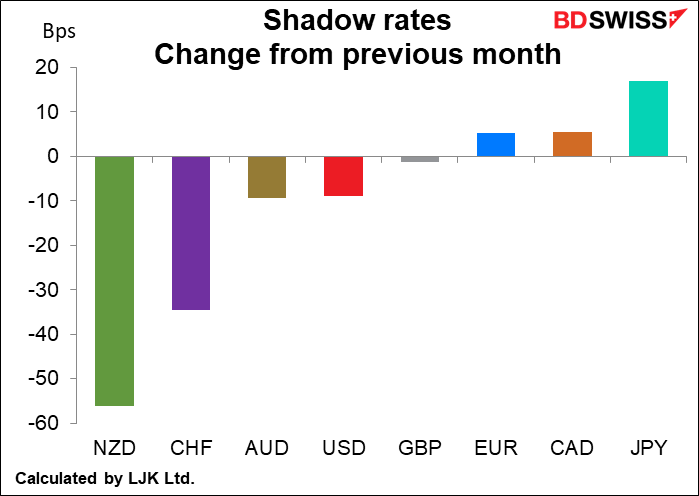 Although Japan and the Eurozone have the lowest shadow rates, New Zealand, not the Eurozone, is the #2 when it comes to the difference between the nominal and the effective policy rate. This is another indicator of the country’s intensive easing efforts. Over time, this easing should work to weaken NZD. CAD has the least-negative “shadow” rates. 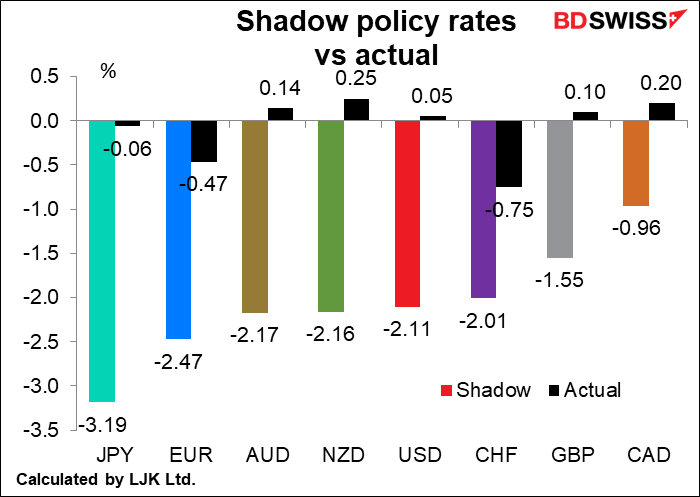 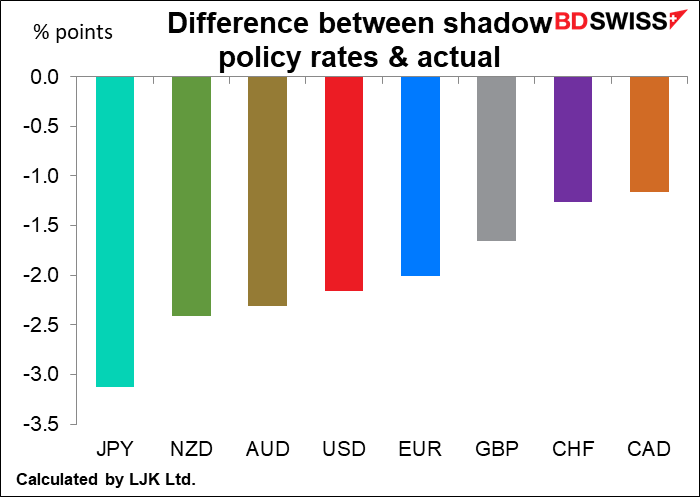 CAD also has the smallest difference between its nominal and “shadow” rates. Tis is surprising to me, because the Bank of Canada has blown up its balance sheet this year far more than any other central bank. In fact, there’s no comparison. Apparently though that massive expansion hasn’t fed through to lower rates in anywhere near a proportionate move. It represents a risk overhanging CAD. 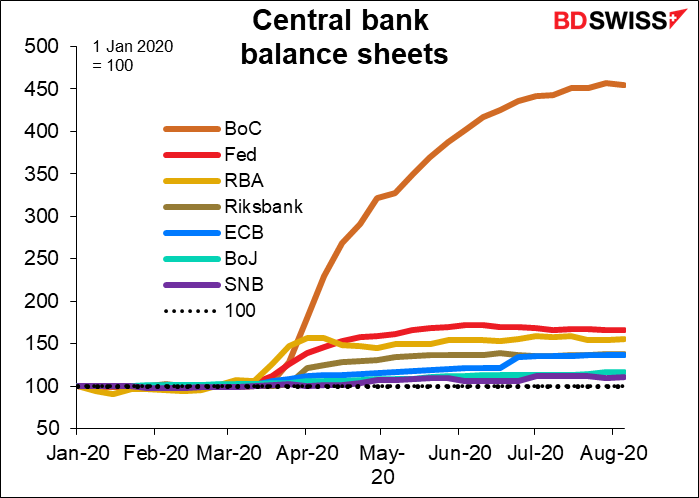 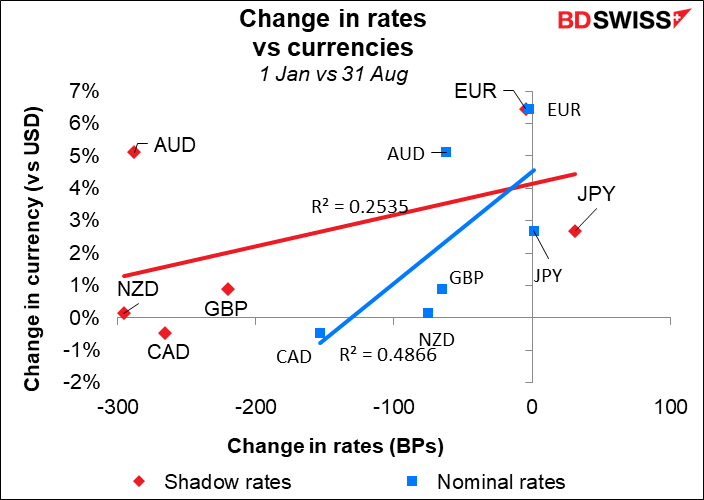 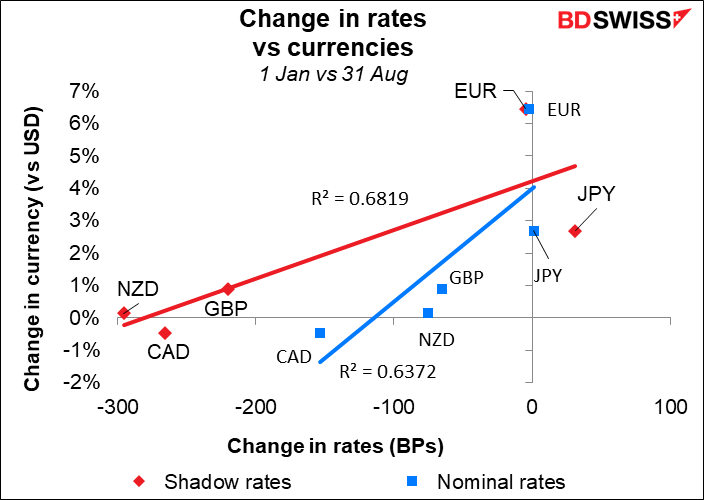 For that we probably have to look at its trade account. The country has run a record trade and current account surplus this year as domestic demand plunged but foreign demand for the country’s primary product exports has remained relatively strong. 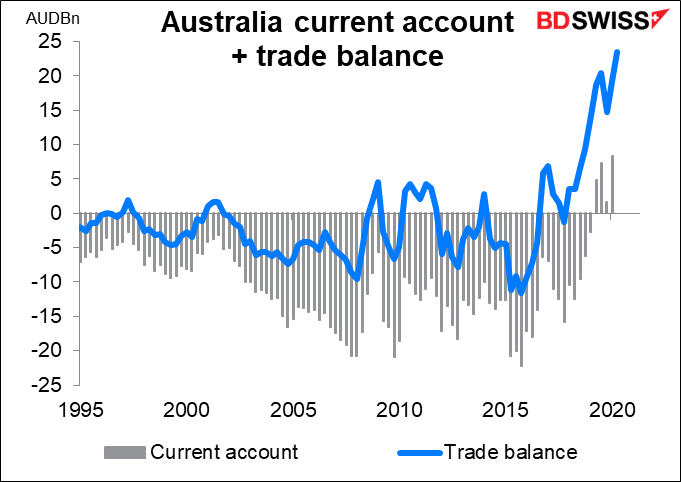 Explanation: “Shadow” policy rates are a way of quantifying the impact of extraordinary monetary policy measures, such as quantitative easing. They convert the impact of such measures on the yield curve into a figure equivalent to policy rates at the level necessary to cause a similar effect. They are therefore a better way of comparing various countries’ monetary policies than simply looking at the policy rate once the policy rates have hit the lower bound. The data are calculated by Leo Krippner, a researcher at the Reserve Bank of New Zealand, and published on his website, LJK Macro Finance Analysis.