You are at:Home»MARKET PREVIEW»EUR Up, CHF Down on Ukraine Hopes; JOLTS report 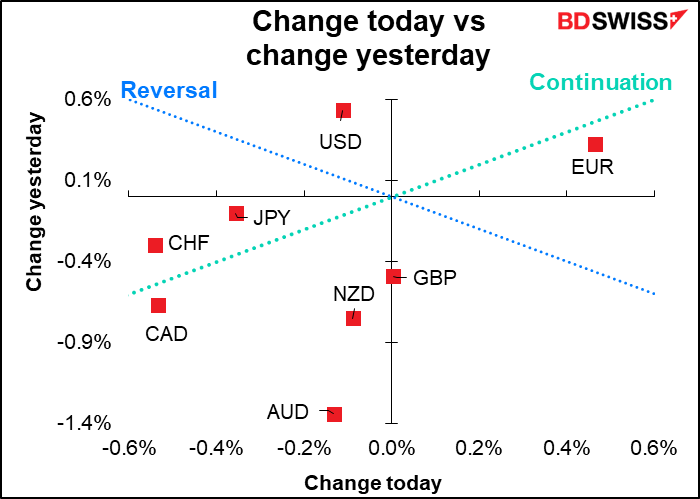 Glimmers of hope for a settlement of the Ukraine war after Ukrainian President Volodymyr Zelensky announced that Ukraine would no longer pursue NATO membership. While this isn’t Putin’s only demand, it is a major one and offers him at least some “victory” that he can claim to save face if he wants to pull out. Zelensky also said he was “open to dialogue” with Russia.

The news added to the positive mood from a report that negotiations between the two countries are continuing and that “the gaps between the sides are not great.” Ukrainian President Zelensky considers Russia’s terms “difficult” but not “impossible” and knows that if Ukraine rejects the proposal, Putin will double down on the invasion, many more people will die, and Ukraine may even lose its independence.

There were also reports that the EU is discussing a plan to jointly issue bonds on a potentially massive scale to finance energy and defense spending in the wake of Russia’s invasion of Ukraine. The proposal may be presented after tomorrow’s EU summit. Bloomberg said officials are still working out the details on how the debt sales would work and how much money they intend to raise, depending on the guidance they receive from leaders at the meeting. Jointly issued bonds would be an attractive investment vehicle – they would carry a higher yield than German Bunds while being guaranteed by the EU as a whole. (Note that EU Commission Executive VP Timmermans denied the reports.)

EUR/USD was the best-performing major currency in response.

The EUR/USD risk reversals* moved up considerably in response, showing that the market is now less concerned about further EUR weakness. 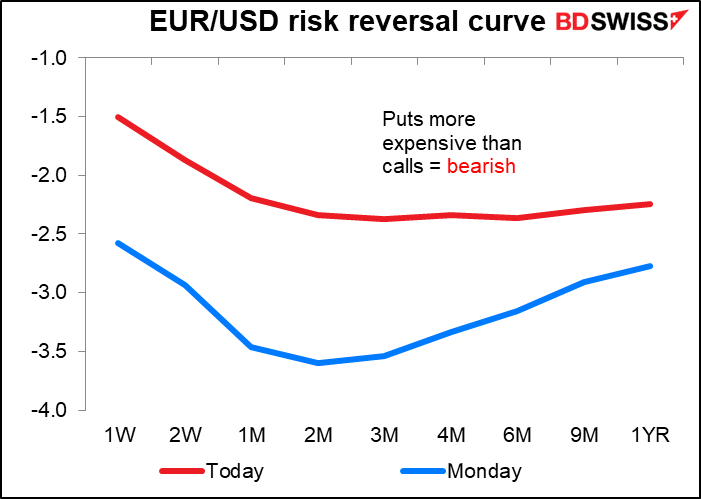 As did the EUR/CHF risk reversals*. But they are still negative, meaning that market participants still believe the odds are that EUR/USD and EUR/CHF fall (i.e., that EUR weakens). 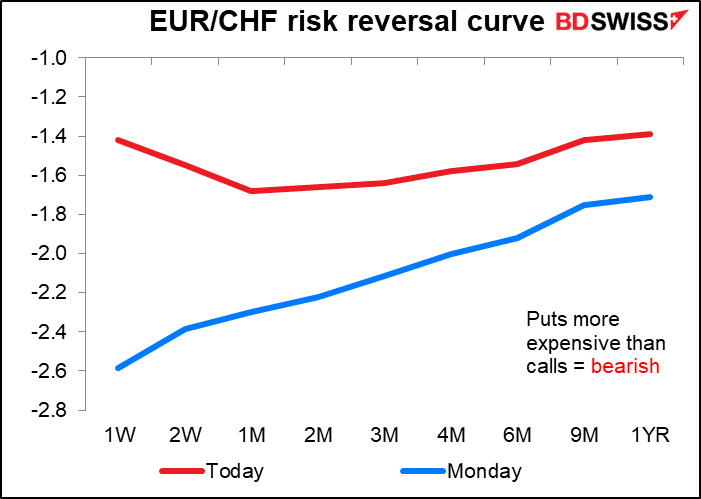 Oil prices kept rising as US President Biden announced a ban on all imports of Russian oil, gas, and energy, and the UK said it would phase out Russian oil by the end of this year. Europe’s largest oil company announced it will stop all spot purchases of Russian crude oil and begin a phased withdrawal from Russian pipeline gas/LNG. This follows the firm’s purchase of a shipment of Russian oil at a record discount of $28.50/bbl below the benchmark Brent crude. 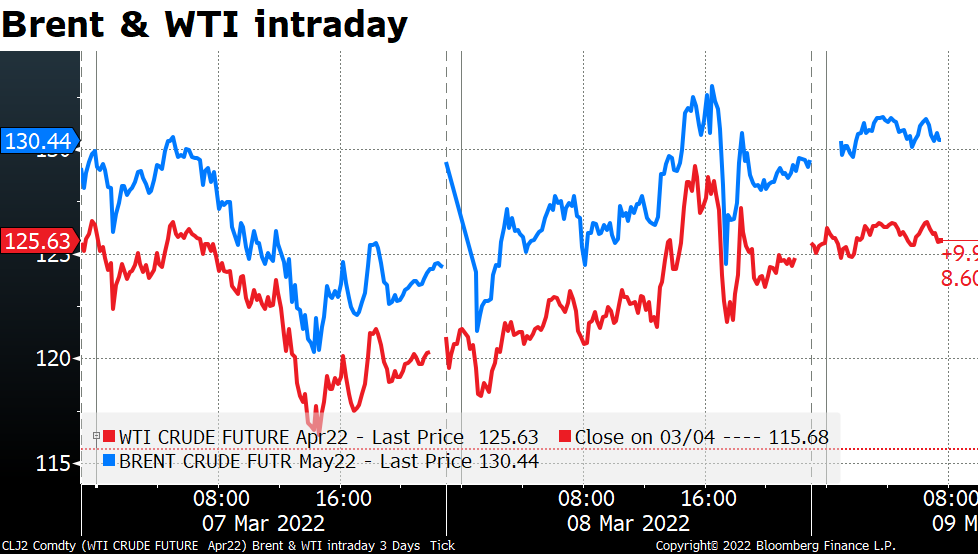 The European Commission pledged to reduce Russian gas imports by two-thirds before the end of the year. This would be achieved by diversifying its suppliers, increasing renewable hydrogen production and improving energy efficiency in households, the commission said Tuesday in a statement. Norway will no doubt be a major beneficiary of this shift as the country will be called on to fill a lot of the gap. European gas prices rose sharply as a result but managed to end the day lower. 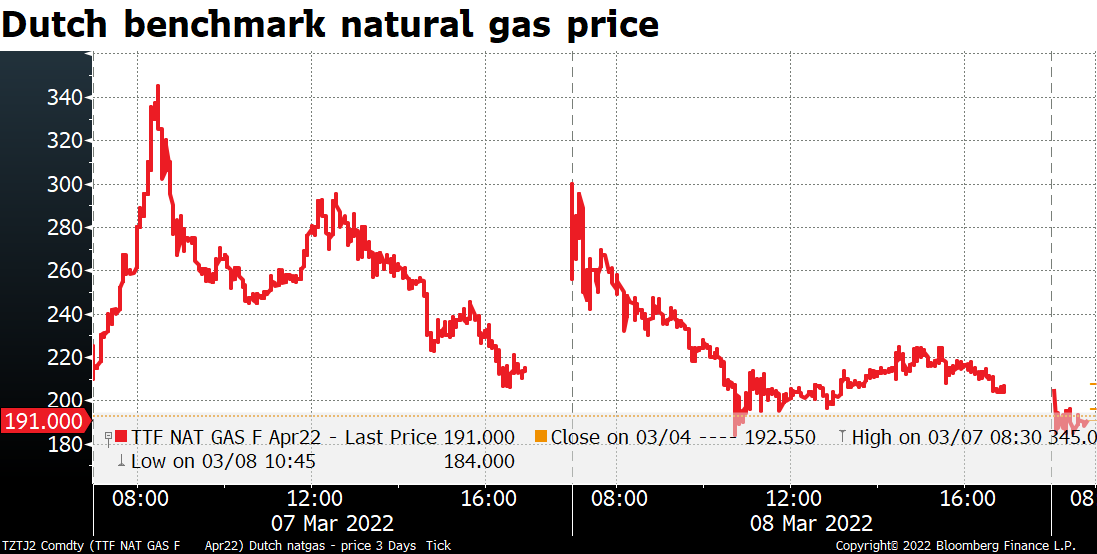 Alongside government moves to isolate Russia, many companies are also taking similar moves independently. McDonald’s, Coca-Cola, and Starbucks yesterday joined the large number of companies suspending their operations in Russia. Furthermore, Fitch downgraded the country further to a “C” rating, saying a sovereign default was “imminent”.

One curious point about the oil markets: while the near-term futures have moved sharply higher over the last few days, the contracts farther out have moved lower. This suggests the market is forecasting demand destruction over time. There’s a saying in the oil market, “high prices cure high prices,” the idea being that high prices discourage people from using oil and encourage substitution. At this price they may encourage the development of renewable energy sources that would mean less demand for oil in the future. 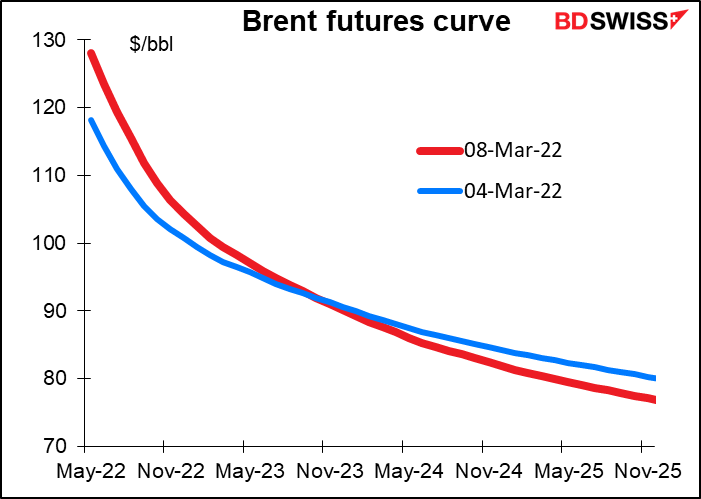 A pretty empty schedule today. The only feature is our old friend the Job Offers and Labor Turnover Survey (JOLTS). The JOLTS is the converse of the unemployment figures: instead of the number of people looking for jobs, it’s the number of jobs looking for people. It’s important to know when you’re trying to figure out how close the country is to the undefinable “maximum employment.” 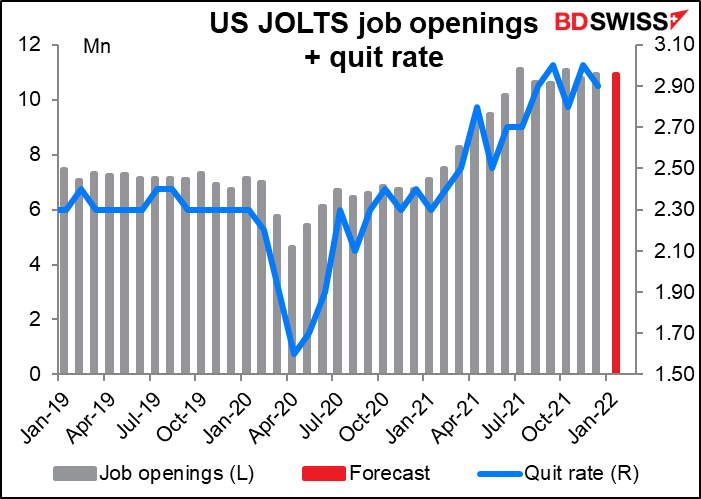 There’s no forecast for the quit rate, but that’s worth watching too. It gives the percent of workers who voluntarily quit their jobs each month. It was a record 3.0% there for a couple of months, 2.9% last month. People usually don’t quit their job without having a better job lined up so this is a measure of confidence in the job market – the “take this job and shove it” index, as it were.

At the same time, the layoffs & discharges rate, the percent of people who are involuntarily terminated every month, was at a record low in December. There’s never been a better time to be bad at your job! 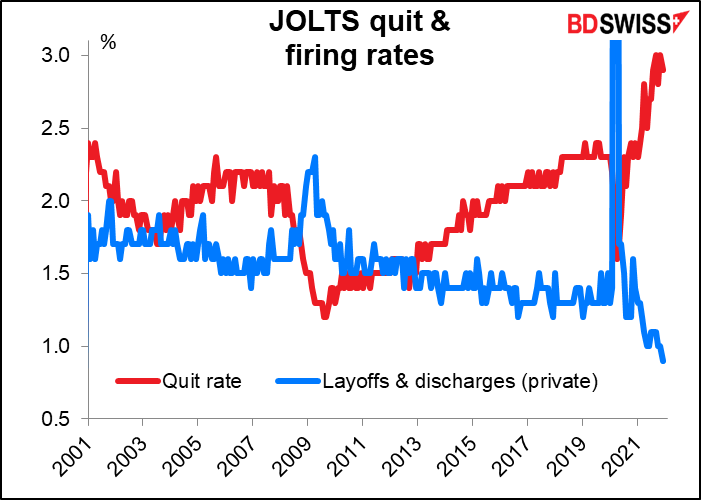 The number of unemployed persons rose in January (contrary to what I just said, the rise was largely due to people losing their jobs, not because of people deciding to stop watching Netflix and start looking for a job). That’s why the job-openings-to-unemployed ratio is forecast to fall a bit to 1.68 from December’s record 1.73. Still, it’s incredibly high. Officials often refer to this ratio as an indicator of the health of the job market. 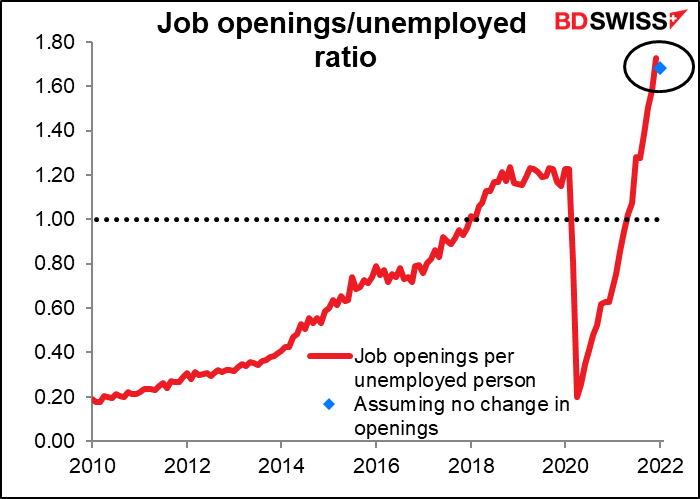 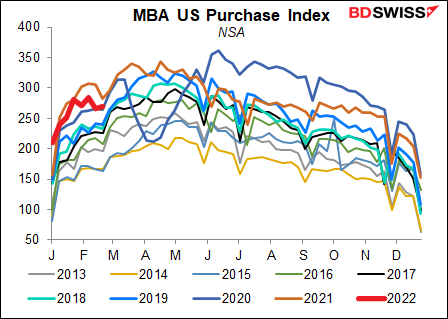 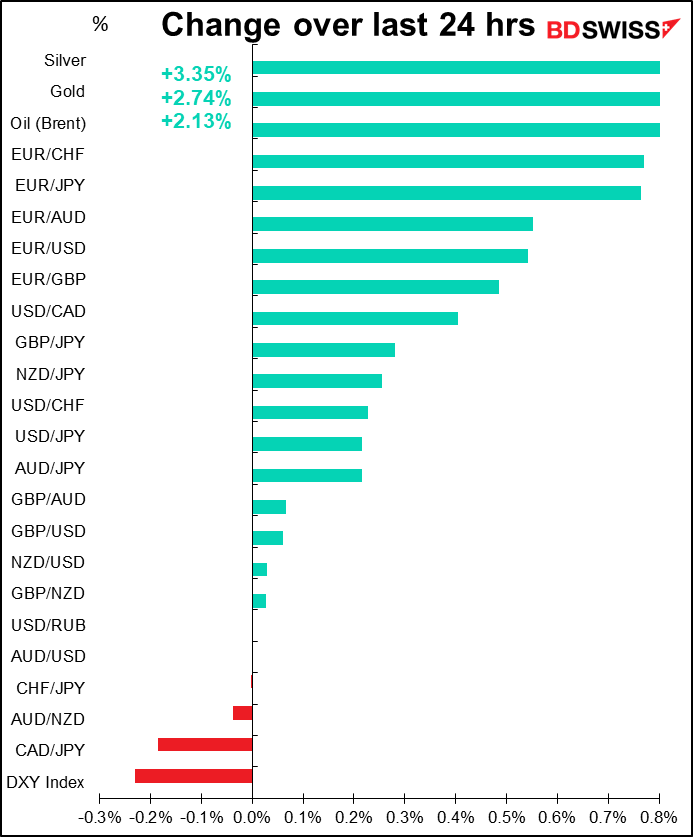