You are at:Home»MARKET PREVIEW»Currencies Trade in Narrow Range despite Clear “Risk-Off” mood; US Durable Goods 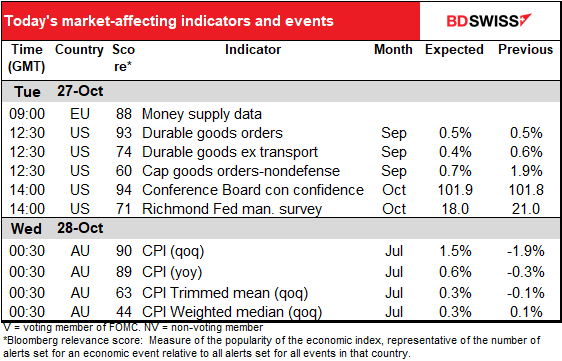 The big “risk-off” move in global stock markets yesterday (and this morning in Asia) wasn’t matched by the FX market, which saw only modest changes in rates with no clear pattern. Safe-haven JPY was the #1 gainer but its opposite, commodity currency AUD, was #2, while commodity currency CAD was the biggest loser followed by safe-haven CHF. Go figure. Furthermore, the movements were unusually narrow – normally I don’t bother commenting on currencies moves of less than ±0.2%, but today all but CAD fit into that limitation.

Record virus cases in the US and Europe prompted further moves to restrict activity in Europe and even some places in the US, which will be bad for growth. Furthermore, the US Senate adjourned until 9 November, dashing any remaining hopes for some kind of fiscal stimulus bill to pass before the election. All that contributed to the “risk-off” mood.

The appearance of curfews and other restrictions took its toll on oil prices as it’s likely that demand will decrease again as people travel less. To make matters worse (for oil producers, at least) Libya reopened its last major oil field and could rapidly increase its production from 150,000 barrels a day (b/d) in September to over 1mn b/d within weeks. Brent broke through support at around $41.50 for the first time in three weeks.

I expect the Libyan developments will push OPEC+ to postpone its increase in production quotas scheduled for January, but since that’s largely in the price already, oil could decline further as more Libyan oil becomes available. 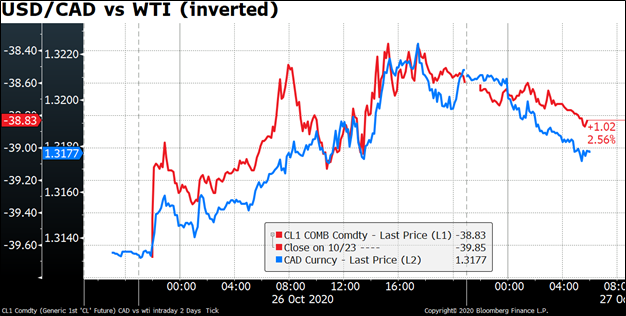 Watch the Senate:  While the Presidential race in the US gets most of the attention, in fact the Senate is probably more important for the economy. If the Democrats control Congress, they could probably get a re-elected Trump to go along with much of their spending plans – he has no objections to deficit spending. On the other hand, if the Republicans still control the Senate, a President Biden would probably be unable to rename a post office in North Dakota, much less spend a couple of trillion dollars.

The poll analysis site Real Clear Politics estimates that the Democrats have 45 seats likely (Including those not being contested), the Republicans 46, and nine are considered “toss-ups.”  The vice president votes to break a tie, so if the Democrats win the White House, they’ll need to have 50 seats in the Senate or 51 without the White House. The odds favor Democratic control, but “favor” isn’t the same as “guarantee,” and much could still change in the last week.

The day starts with the European Central Bank’s money supply data. While this is certainly not now that indicator which in old days moved earth and heaven, that which it is, it is: nowadays mostly an indication of how bank lending is going, which tells us how well the ECB’s monetary policy is getting transmitted to the economy. Answer:  fairly well so far. The rate of growth has slowed somewhat since the pandemic began, but it’s still higher than it was a year ago. Borrowing by financial firms has pretty much stopped, to be replaced by borrowing by non-financials – companies drawing down credit lines to stay in business, no doubt. No forecast available. 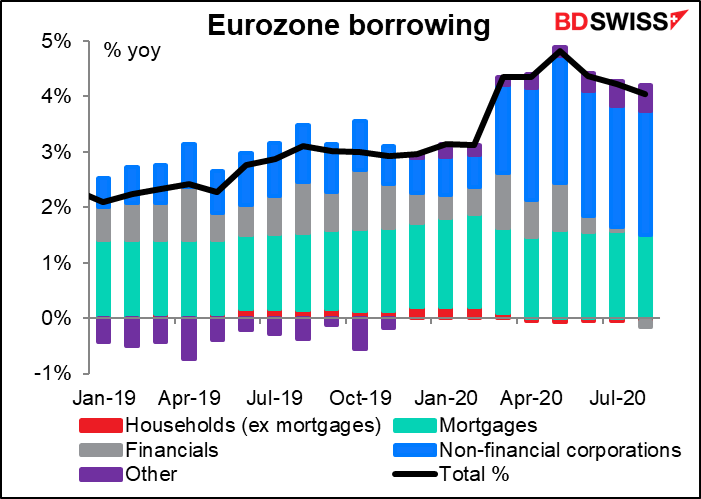 Then we have to wait for the US to open up and US durable goods. The headline figure is expected to show the same modest gain as in the previous month, although there’s some downside risk from Boeing order cancelations. 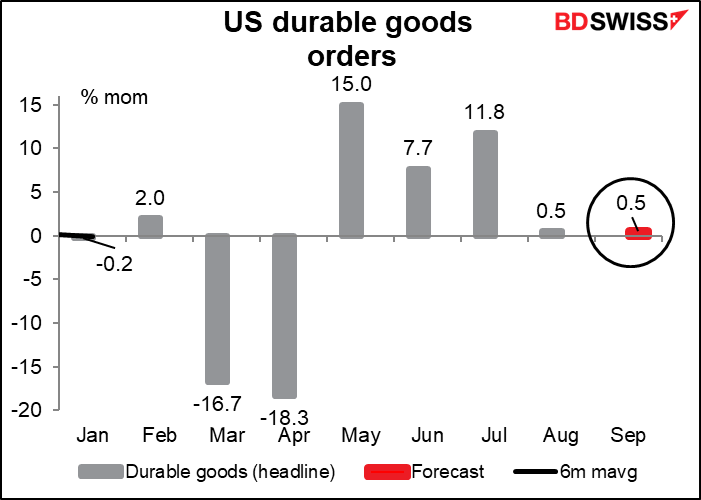 Still, the headline figure is expected to be 3.9% below its pre-pandemic (January/February) level. Much of that is due to the transportation sector, which has lagged behind. 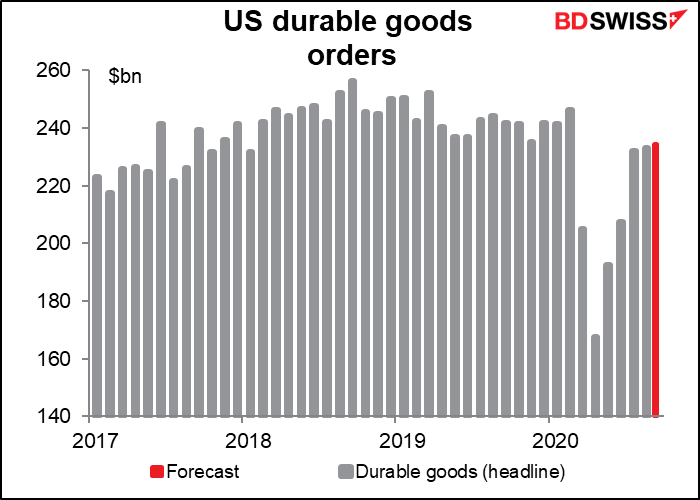 Growth of orders excluding transportation equipment is expected to moderate following healthy gains as economic activity recovered from virus disruptions. If today’s forecast proves correct, orders will be 0.8% above their January-February level. 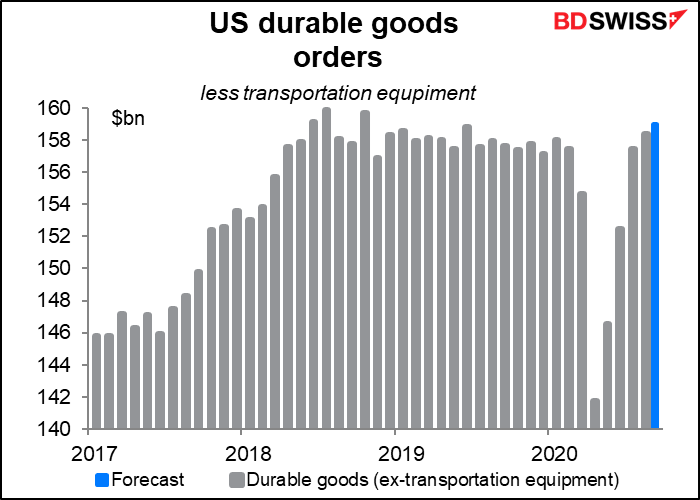 The Conference Board consumer confidence index is expected to be more or less unchanged from the previous month. The U of Michigan version of this indicator was up a bit during the month, but not enough to talk about any divergence between the two. They’re both showing confidence stable at the upper level of the range we’ve been in since the pandemic hit. Not good but not worsening, either, much to my amazement, given that unemployment benefits are going to run out soon for a boatload of people. 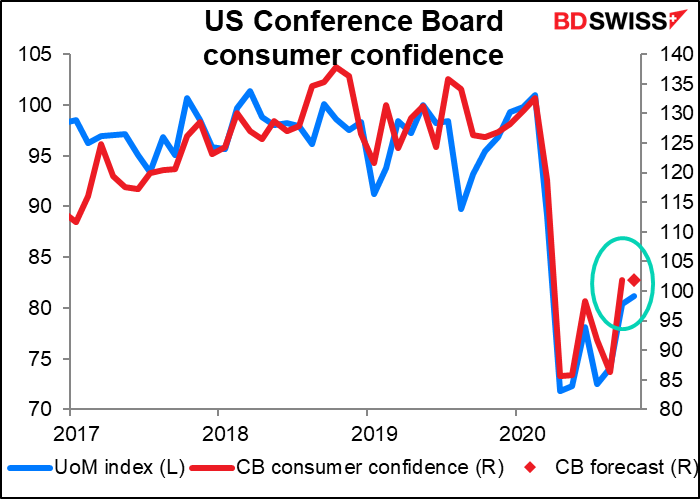 The Richmond Fed survey is out at the same time. The Bloomberg relevance score shows that the market doesn’t watch it as closely as it does the Empire State or Philly Fed indices, but investors certainly should:  my research shows that among the five regional Fed surveys, it’s the best correlated with the Institute of Supply Management (ISM) manufacturing survey, which is what people are trying to forecast.

In any event, the Richmond Fed index is expected to be down a little bit but to remain well in expansionary territory. That should be encouraging in that it implies the recovery continues, even if it is at a bit slower pace. 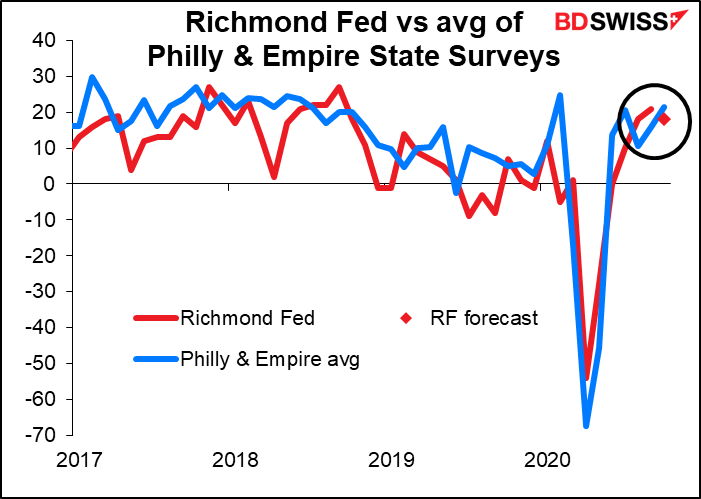 Overnight we get Australian inflation data. Prices plunged 1.9% qoq in Q2 thanks to the child care subsidy; that’s going to unwind this quarter and send prices up 1.5% qoq. But even that won’t be enough to push headline inflation (nor either of the two core inflation measures) back into the Reserve Bank of Australia (RBA) target range.

The sharp rebound in inflation should in theory be AUD-positive, but in fact I doubt the RBA is paying much attention to inflation right now. The comment in the statement following the October meeting that the “high rate of unemployment” is a “national priority” indicates that the RBA’s focus is on employment, not inflation. 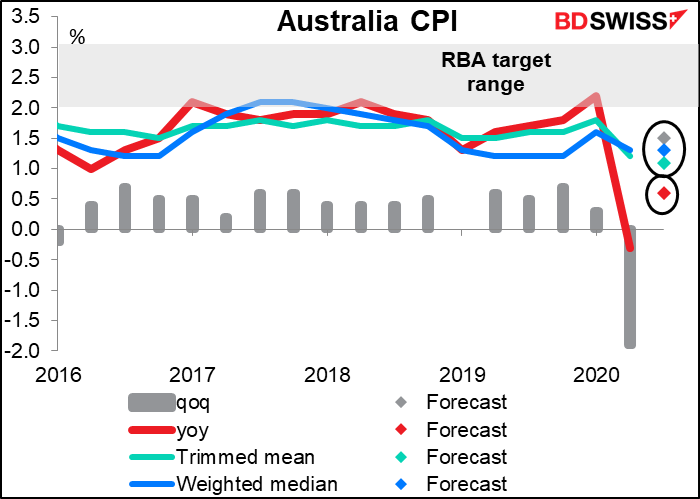 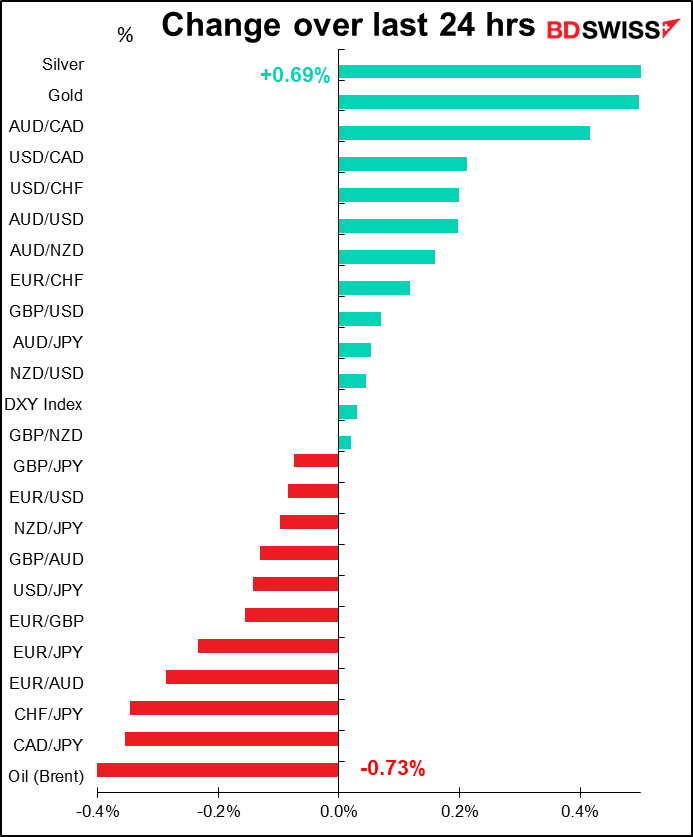