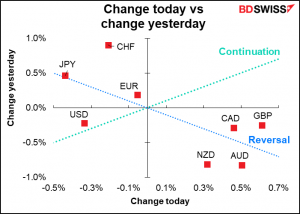 “Buy the dip” seems to be the only thing you need to know to invest in stocks nowadays. The financial world seemed to be shaking at its roots on Thursday as the COVID-19 delta variant caused a surge in cases around the world. Friday? Yet another record high for the S&P 500 (+1.13%) and a big jump (+1.34%) (though not quite back to June’s record high) for the STOXX 600.

I have to say I was unable to find any particular reason for the reversal in sentiment. The delta variant of the COVID-19 virus, the cause of Thursday’s rout, continues its inexorable spread.

With the reversal in risk sentiment came a reversal in the FX market, too. The commodity currencies gained and the safe-haven JPY fell. Commodity currencies were helped by Friday’s news of a 50 bps cut in China’s required reserve ratio (RRR). That will allow banks to lend out approximately CNY 1tn more money, which should in theory promote growth there. (Theory doesn’t always work out in practice, of course, especially as the marginal efficiency of lending diminishes – each additional yuan lent out has less and less impact on the economy.) While welcome, the move also signals that the authorities are concerned about China’s growth prospects, so it’s mixed news. 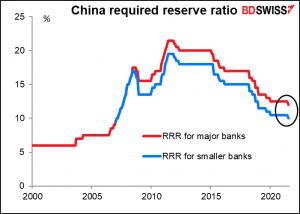 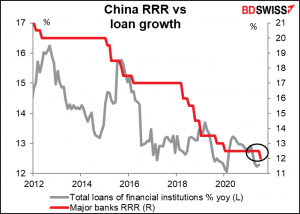 It was noticeable though that the one currency on the “continuation” line was USD, which fell on Thursday and fell again on Friday. Perhaps the decline in US interest rates is finally having a negative effect on USD.

This week, speculators decreased their short dollar positions. Most of the change came from a large drop in long EUR positions, plus an increase in short AUD and a fall in long CAD. On the other hand, they added to their long GBP positions. There was almost no change in the short JPY position. 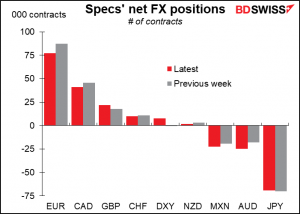 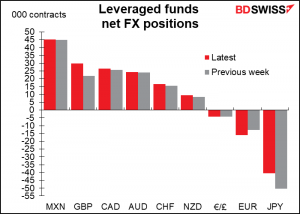 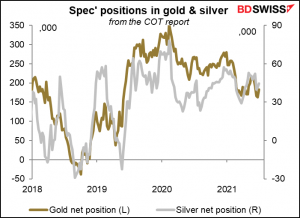 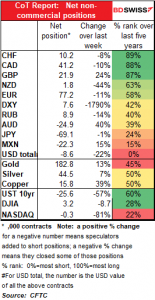 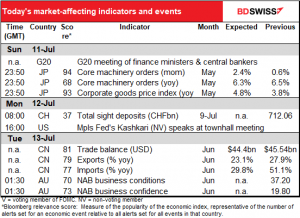 Swiss sight deposits: It looks like the Swiss National Bank (SNB) wasn’t in the market last week even though EUR/CHF was falling. The pair continued to fall in the latest week – did the SNB come in? Stay tuned to find out! 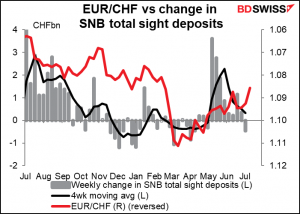 After that, not much to go for, I’d say. Everyone knows what Mr. Kashkari is going to say – he’s the most dovish person on the FOMC and will probably say that the Fed should keep rates steady until after President Harris’ second term is over, at least.

Overnight, China announces its trade data. It’s kind of distorted because the forecasts for exports & imports are done in yoy terms, and a year ago wasn’t really a normal period in world history (I had to cut out the data for February exports, because that was over +100% yoy).We’re now seeing the data return to more normal levels, which means the yoy rate of growth in exports & imports should be falling – not because they’re doing badly, but because June 2020 wasn’t as bad as May 2020, so the yoy comparison isn’t going to look as good.

In any event, the expected $44.4bn trade surplus is pretty much in line with the historical norm and so shouldn’t set off any alarm bells one way or another. 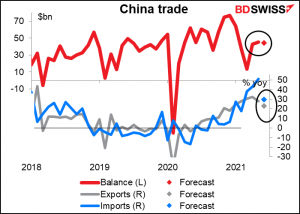 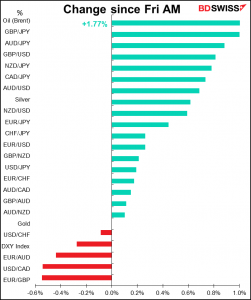