You are at:Home»Market Preview»Dollar soars on higher-than-expected US inflation; U of M consumer sentiment 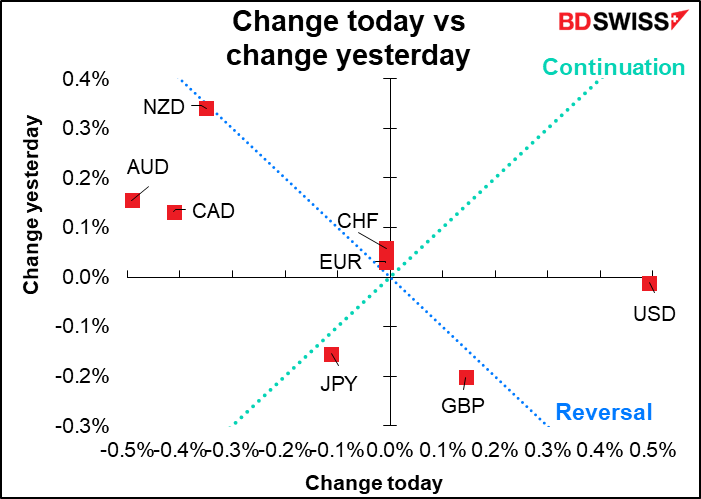 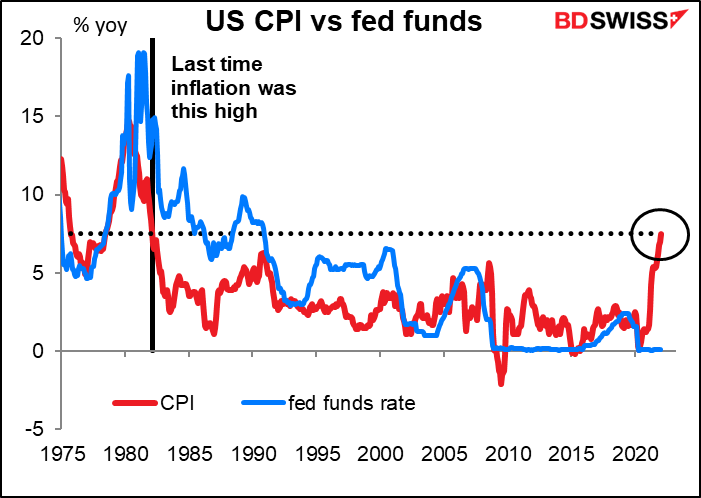 The market immediately changed its view for the March meeting. A 50 bps hike went from being an outside possibility (24% probability) to a near-certainty (93%). 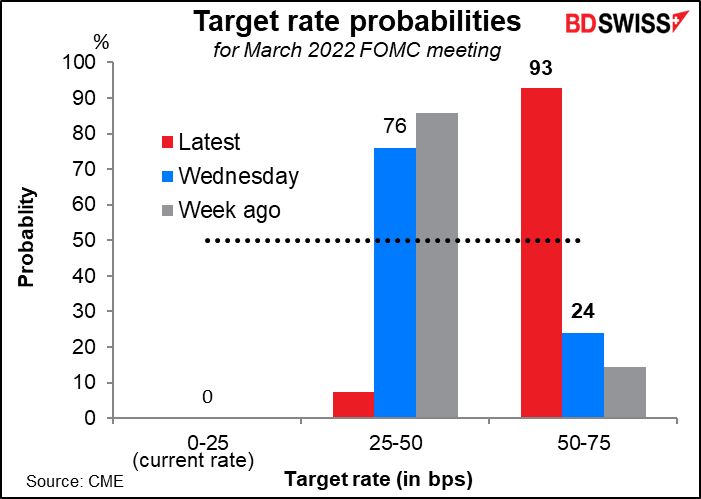 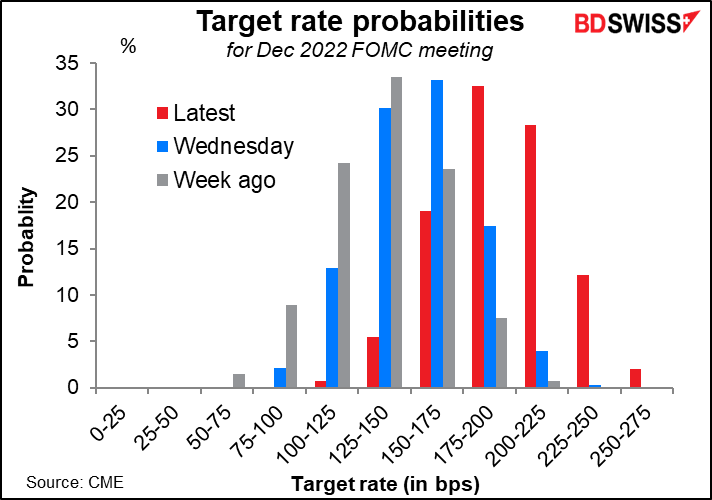 As a result, USD soared.

On the other hand, the growth-sensitive commodity currencies fell.

The concern is obvious: people are worried that the Fed will have to tighten so much that the US will go into recession. The market is predicting that the 2yr/10yr yield curve two years from now will be inverted. That’s a sign that they’re concerned a recession is coming. 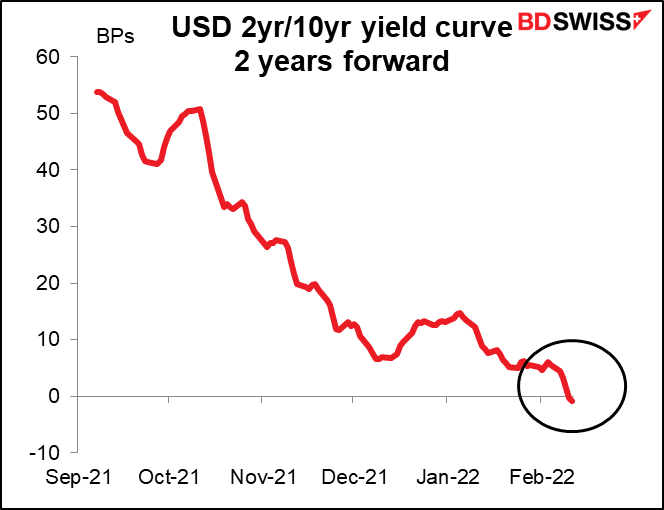 We’ve seen some push-back recently from certain central bankers against market pricing of tightening. Bank of England Chief Economist Pill made some remarks along those lines this week, as did European Central Bank President Lagarde and Bank of France Gov. Villeroy. But the market is still pricing in a lot of tightening. We should be watchful for the next response from central bankers and see who’s next to blink. 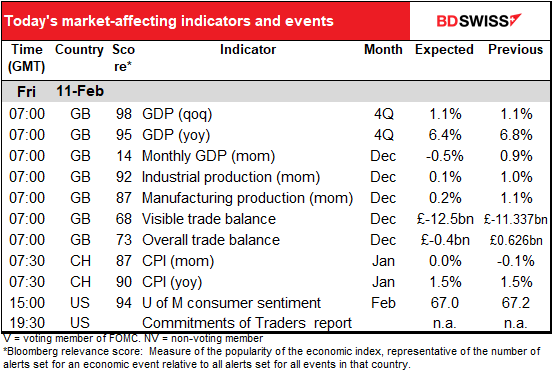 The major indicators for the European day are already out and there’s not much else to talk about. UK Q4 GDP missed estimates slightly on a qoq basis but beat estimates slightly on a yoy basis. Perhaps more importantly the December monthly GDP beat estimates nicely (although it still fell from November), showing that perhaps the impact of the omicron variant hasn’t been as great as was feared. That would be positive for sterling.

On the other hand the overall trade balance, which was expected to show a small deficit, ballooned into a large deficit even though visible trade came in about as expected – perhaps Brexit is starting to hit the vital trade in services?  That would be negative for sterling. 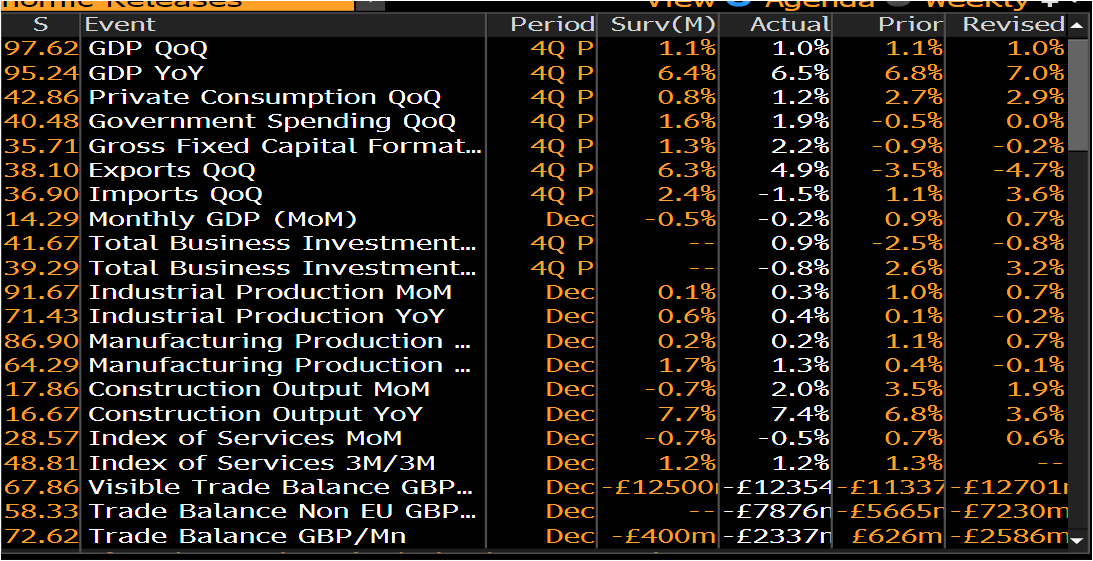 The big thing during the US day is the University of Michigan consumer sentiment survey. I’m not a big fan of consumer sentiment surveys because the fact is that they have little predictive power when it comes to consumption, but the market pays a lot of attention to them and this is one of the most widely watched US indicators, so we have to follow it.

The index is expected to be more or less unchanged. This survey emphasizes individual household finances, which are being hurt by rising prices. This is probably offsetting any impact from falling virus cases and increased freedom of movement & lifting of restrictions. The wobbly stock market doesn’t help much, either. 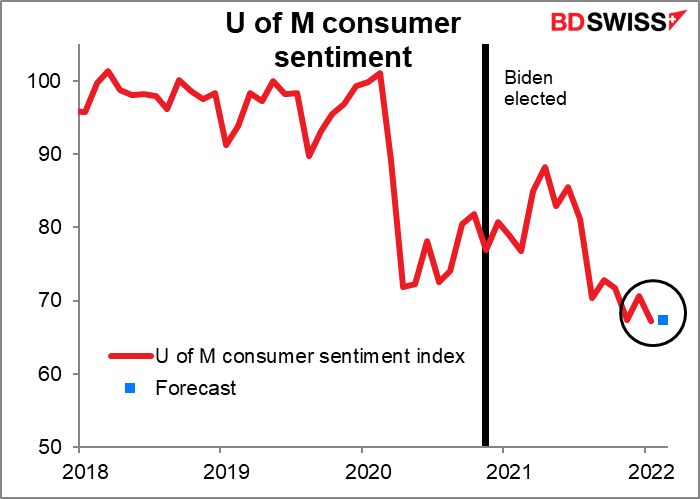 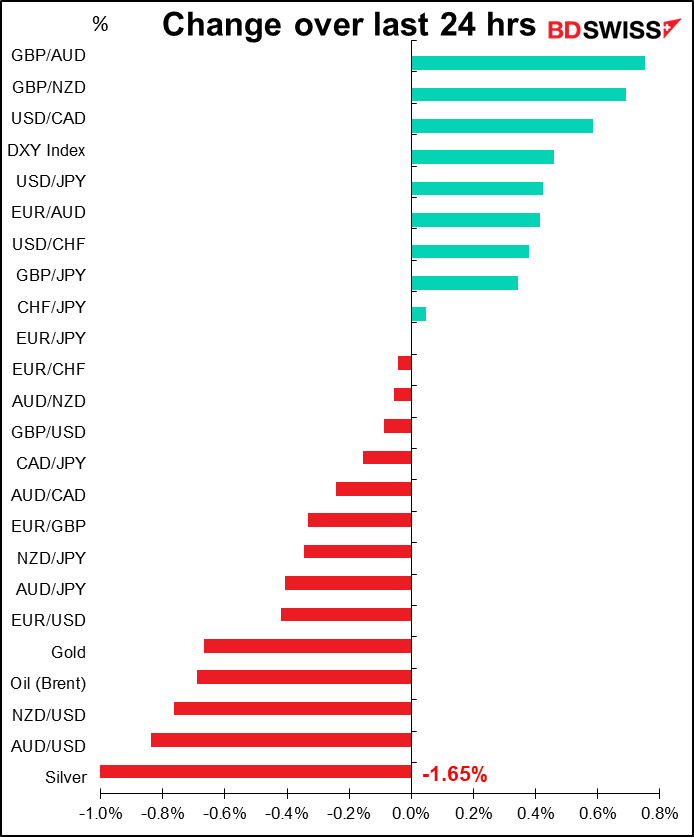