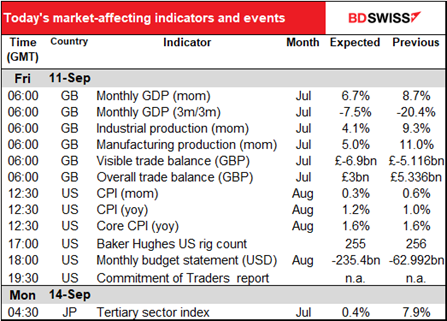 GBP once again stole the show. The EU has given PM Johnson until the end of the month to drop legislation changing parts of the Withdrawal Agreement and threatened legal action if he doesn’t.

I think it’s likely that Johnson backs down on this, even though he pledged to keep the United Kingdom united. Not only has the law come in for severe criticism from his own Conservative Party, but US House Speaker Pelosi said there was “absolutely no chance” of a US-UK trade deal passing Congress if the UK government decides to override the Withdrawal Agreement. And with good reason; what value would there be in signing an agreement with a government that has a track record of unilaterally abrogating agreements? Of course this destroys the main promise that the Brexit supporters gave to justify the whole enterprise, namely that it would free Britain to forge new and better trade relations with the rest of the world, but never mind. (The real reason of course was to get back control of immigration, but that’s another matter.) I expect GBP to weaken further but to rebound somewhat if and when he caves on this point. Nevertheless a “no deal” Brexit is still likely, IMHO.

The ECB wasn’t as dovish as expected. Not only was there no change in policy stance –the statement immediately following the meeting was identical to July’s – but also they only made small adjustments to their forecasts, and these adjustments were upwards, much to everyone’s surprise. Despite the fall in inflation in August and the 3.1% appreciation of the EUR since the previous forecasts were made in June, ECB President Lagarde said that the risks of deflation were now lower than they were in June. Reflecting that idea, they actually raised the forecast for core inflation next year by 20 bps to 1.1% yoy.

Another reason to be bullish EUR/USD: The US Senate failed to pass the Republican’s tiny stimulus bill as the Democrats demanded that they come up with something adequate to meet the challenge facing the country. The Democrats have passed a $3.4tn bill in the House but said they would accept $2.2tn. The Republicans initially offered $1tn but this bill was around $350bn in new funding. Several politicians have said it’s unlikely that they will be able to pass a new bill before the election. With 29.2mn people collecting unemployment benefits, the failure to provide more money portends an economic disaster in the US. Why the Republican Party is doing this a few weeks before an election is beyond me. In any case a relapse into recession would be negative for the dollar, in my view.

It looks like we’re going to get inundated with ECB speakers today:

However,several of these aren’t as important as you might think.

The ones that may be market-affecting are ECB President Lagarde’s comments at the Europgroup press conference and ECB Chief Economist Lane’s participation in an online panel discussion on How can policy aid the recovery? You can watch both of those live if you want by clicking on the links (although you have to register to attend Lane’s panel discussion.

As for the indicators, the main focus of interest, the UK short-term indicators, are already out. Monthly GDP was about as expected (+6.6% mom vs +6.7% expected) but GBP fell afterwards anyway; was that because of the small miss or because the visible trade deficit was much wider than expected and so the overall trade surplus was lower than expected, plus last month’s was revised down? Industrial and manufacturing production beat estimates, so that clearly wasn’t the reason.

In any event, I think politics are back to the forefront with GBP and they will have a more lasting impact on the currency rate for now than economics. 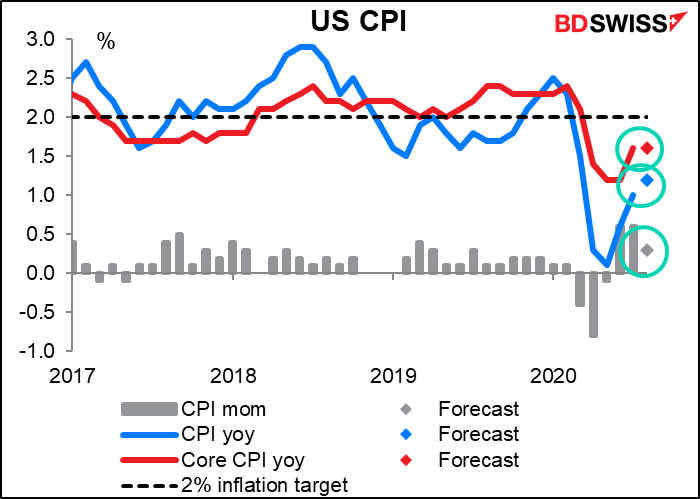 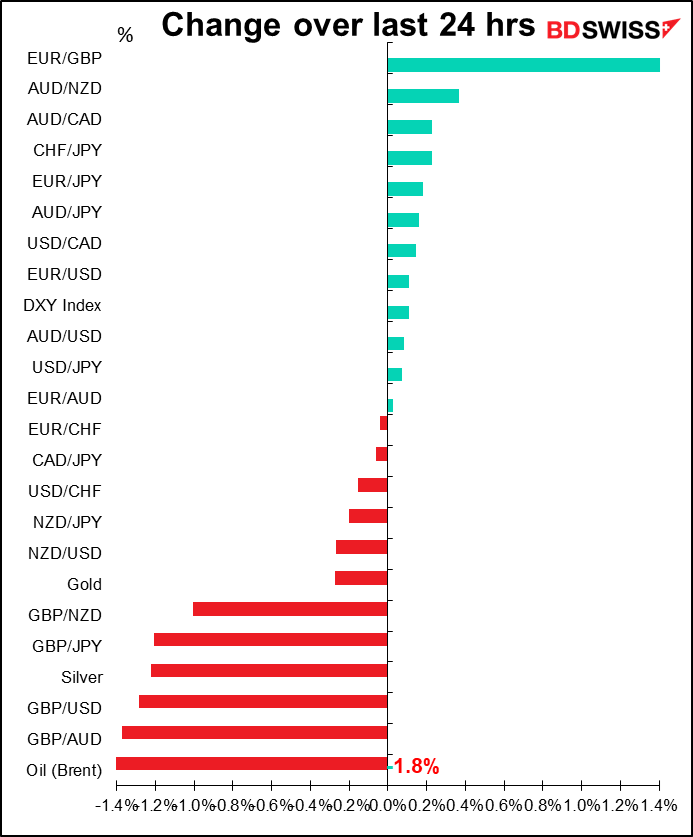