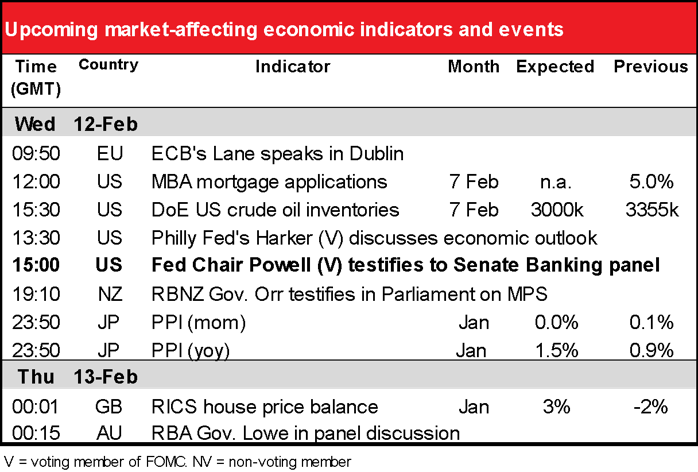 The Reserve Bank of New Zealand (RBNZ) meeting today was much more hawkish than I (and apparently the market, too) had anticipated. I had assumed that the statement would be little changed, but in fact they shifted from an easing bias to a neutral bias. Whereas before they had said “Interest rates will need to remain at low levels for a prolonged period” and that “We will add further monetary stimulus if needed,” now they simply say that “Low interest rates remain necessary to keep employment and inflation around target.” This is a signal that they are done easing, unless the coronavirus dampens growth by more than they expect.

Accordingly, the odds of a rate cut any time this year plummeted, as one would imagine. 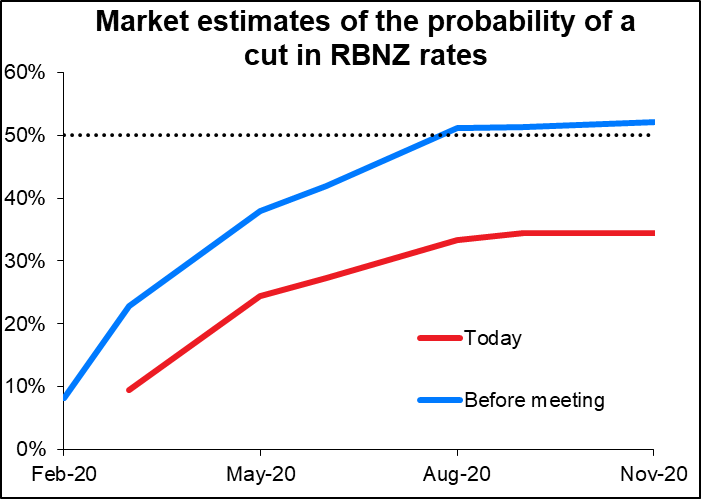 The coronavirus is clearly the main issue for the markets nowadays. Everyone is expecting the global economy to improve during 2020 as the US-China trade war comes under control (a bit). The US elections are not yet a threat on the horizon, and even if Bernie Sanders, the Democratic front-runner and the most left-wing candidate, actually wins, several security firms and political pundits have put out research notes pointing out that his more radical programs will never get through Congress anyway.

Otherwise, currencies were relatively quiet. We’re back to “risk on” as US stocks closed higher and most of Asia is up too, including 0.7% in Shanghai and 1.4% in Shenzhen.

GBP was higher as the data generally beat estimates. The GDP figure was confusing – the qoq number hit the market consensus exactly (unchanged qoq) but the yoy rate of change beat estimates (+1.1% vs +0.8% expected, +1.1% previous). The discrepancy may come from the different groups making the forecasts (41 estimates of the qoq number vs 24 estimates for the yoy number), but also occurred due to revisions to the previous data. Industrial production (+0.1% mom vs +0.3% expected) and manufacturing production (+0.3% mom vs +0.5% expected) both disappointed, but the trade numbers were staggering:  the country ran a trade surplus of £7.7bn vs estimates of a £350mn deficit. However, this was due largely to flows of non-monetary gold – excluding that, there was a trade deficit of £7.2bn.

As I said yesterday, I think that people assume the worst is over now and the UK economy will recover gradually, as seems to be the general expectation globally (assuming as mentioned above that the coronavirus doesn’t upset the apple cart). That seems to be the Bank of England’s view too:  BoE Gov. Carney yesterday said that spillover from China’s problems appears containable, although he noted that the BoE might need to add some more stimulus if the data remains soft. I still say that the market is underestimating the problems the UK will encounter negotiating trade agreements and that the pound is not out of the woods yet by any means. 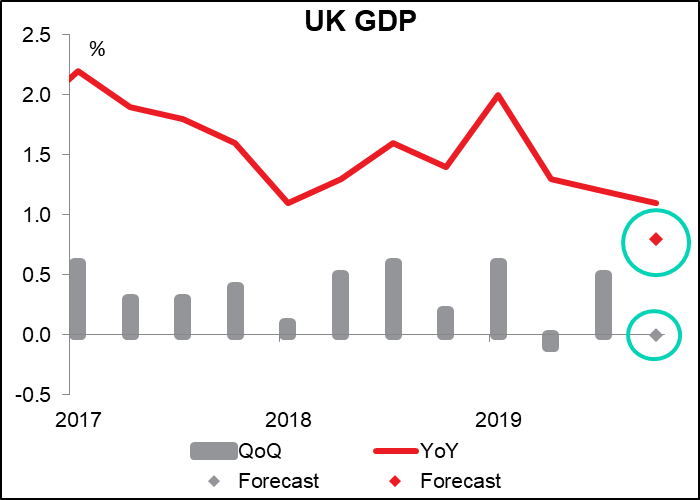 Elsewhere, Fed Chair Powell gave his semiannual testimony to the House Banking Committee and as expected basically stuck to the Fed’s usual line about policy being “appropriate” and no change in view unless there is a “material reassessment” of the outlook. He noted though that the key question is whether the impact of the coronavirus will be enough to force the aforementioned “material reassessment.”

EUR was slightly lower on reports that the ECB might ease further due to the recent weak data, but ECB President Lagarde pushed back against this speculation and the currency recovered somewhat. Nonetheless I think as the coronavirus lingers on, such speculation is likely to increase and EUR/USD may drift lower still.

Mostly just jaw-jaw today, and even at that, not very interesting jaw-jaw.

We heard from ECB Chief Economist Lane yesterday, we’re going to hear from him again today, and we’re going to hear from him twice tomorrow. We can make a lot of jokes like “I’m not going down that Lane right now” or “let’s go down Memory Lane and discuss what he said,” etc etc. I can’t wait till he gives a talk in Spain – then I can really have fun!

Later on, when Lo! in the orient the gracious light lifts up his burning head, Reserve Bank of New Zealand (RBNZ) Gov. Orr testifies at the Finance & Expenditure Select Committee on the RBNZ’s recently issued Monetary Policy Statement. But here too, since it comes a mere 17 hours after his press conference following the Official Cash Rate decision, we can’t expect that much new.

Finally we get a number:  Japan’s producer price index (PPI). Japan’s consumer price index (CP)I is hardly a market-stopper, and this is one removed from the CPI in terms of its policy implications, so I wouldn’t worry if you’re away from your desk when it comes out – no doubt any coronavirus news is more important for JPY. In any case, while the mom rate is expected to be unchanged, in Japan they look more at the yoy rate, which is forecast to accelerate sharply – JPY positive. 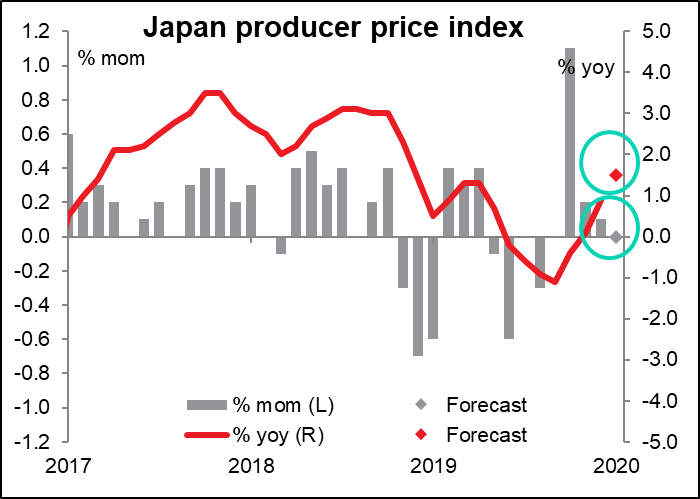 A few minutes later, the RICS house price balance is expected to poke its nose into positive territory for (almost) the first time since March 2018. This is a sentiment indicator of chartered surveyors – a diffusion index of the proportion of respondents reporting a rise in prices minus those reporting a fall. It doesn’t say how much prices are going up or down, but it does give a quick reading on the breadth of price changes (that is, how widespread the change is throughout the regions covered. This makes it a leading indicator of house prices. It’s not that important within the panoply of housing indicators released in Britain every month, but the fact that it’s finally pushed into positive territory may be taken as a positive sign in a country where sentiment is so fragile. GBP positive 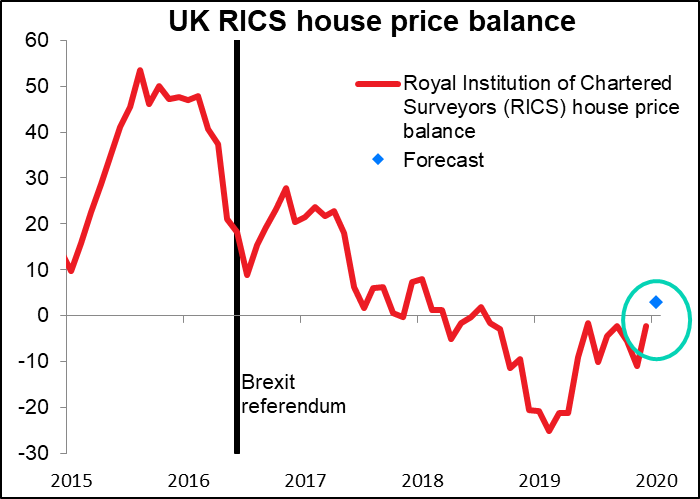 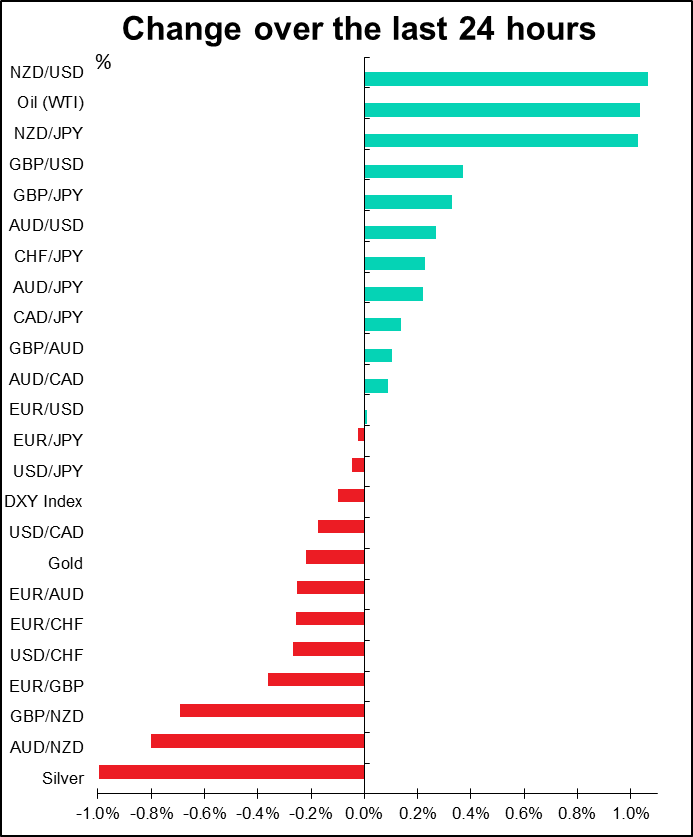