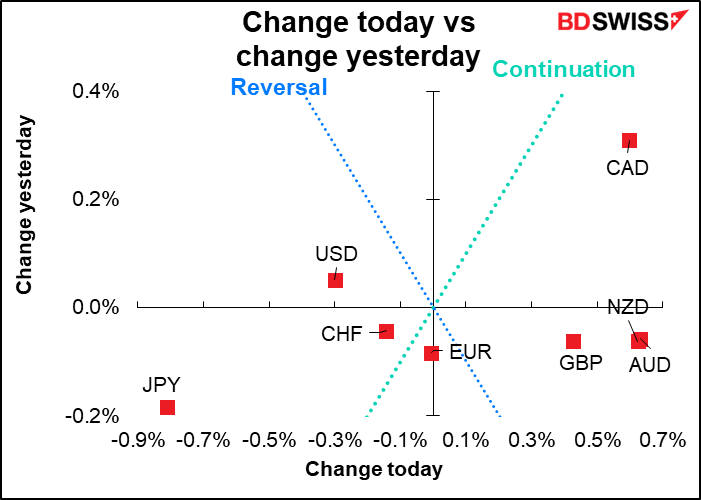 Not what I would’ve expected! Yesterday’s preliminary purchasing managers’ indices (PMIs) for the major industrial countries were disappointing across the board. All of them fell more than expected, except for Japan (where there are no consensus forecasts). Japan’s service-sector PMI scored a robust 4.5-point increase, although even that left it below the 50 “boom-or-bust” line once again. 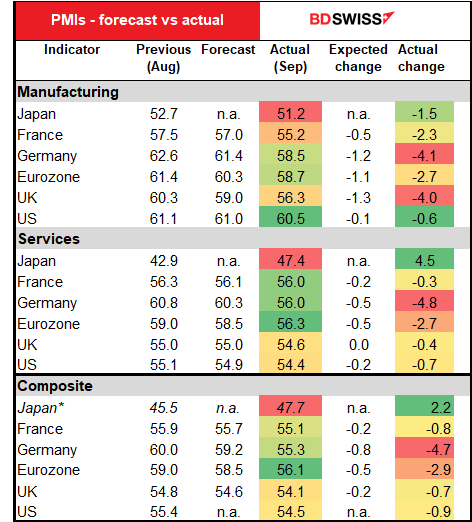 Nonetheless there was a major “risk-on” tone to the markets, with most stock markets gaining and a significant rise in global interest rates.

Part of this was due to the view that Chinese regulators have the Evergrande debacle in hand and will be able to limit any spillover into the overall economy (i.e., not really the country’s “Lehman Bros. moment”).

Secondly, central banks seem to be getting more optimistic. But in contrast to 20i13, when thoughts that the Fed might withdraw stimulus prompted a “taper tantrum,” the shift in tone now seems to be encouraging investors. First, the US Federal Open Market Committee (FOMC) Wednesday said it was likely to start withdrawing stimulus this year and half the committee members expect to start hiking rates next year. Then yesterday, Norges Bank became the first major central bank to raise rates since the pandemic began. And the Bank of England doubled down on its hawkish tilt – the vote was 7-2 to curtail its QE program vs 8-1 last time and the forward guidance was reinforced. In August, the Bank said “some modest tightening of monetary policy over the forecast period was likely to be necessary…” They amplified this statement by adding that “Some developments during the intervening period appear to have strengthened that case…” As a result, the market brought forward the estimated time of the first rate hike to March from June and is now pricing in two rate hikes. 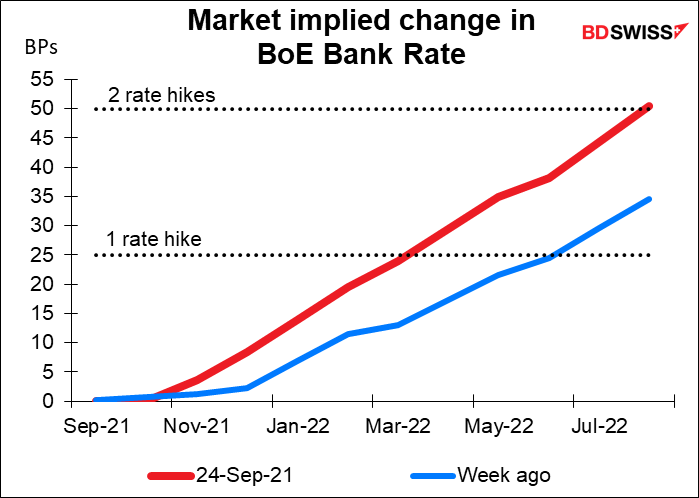 The result was a huge spike in bond yields around the world. Ten-year yields rose anywhere from +3 bps in Norway to +14 bps in Australia. 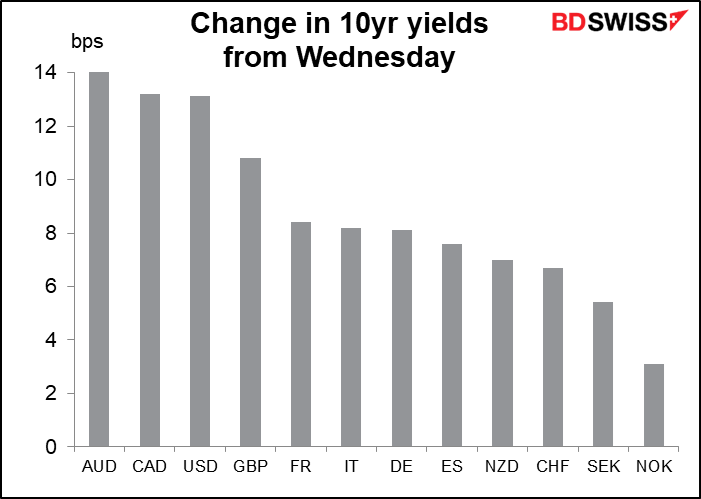 In most countries the rise in nominal yields was greater than the rise in breakeven inflation rates – a natural consequence of the market assuming that central banks would be more vigilant against inflation. The result was a sharp rise in real yields. 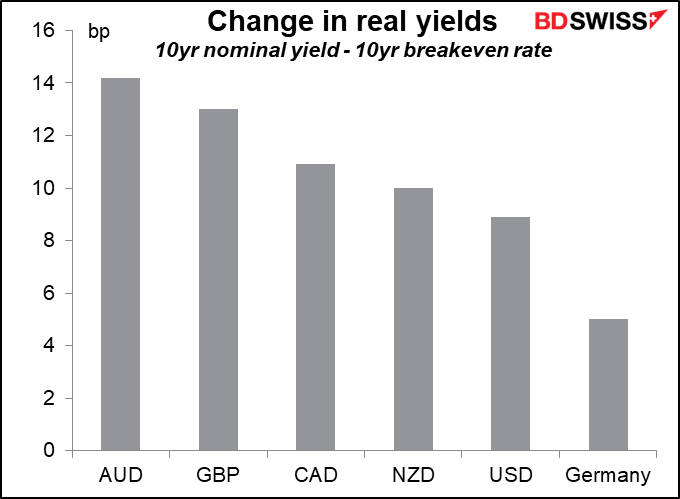 It’s unusual for such a rise in real yields to be accompanied by a general rise in stock markets, yet that’s what happened. It looks like the optimism of central banks is spilling over into optimism of the markets. 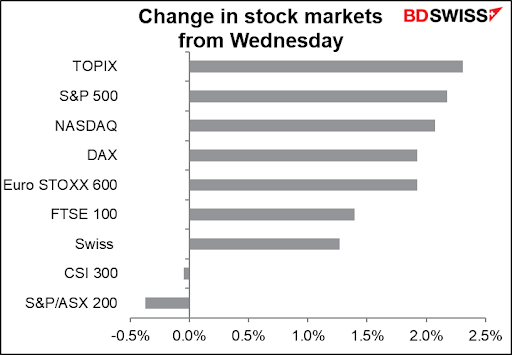 As I mentioned yesterday, even though the Fed’s forecasts for rates rose sharply, they are still expected to be well below the rate of inflation. In other words, even as the Fed withdraws stimulus, its stance is expected to remain unusually accommodative. I would imagine other central banks are likely to tread carefully as well. I think that explains why stock prices can rise in the face of more hawkish central banks.

Against this resilient background, the growth-sensitive commodity currencies naturally gained while the safe-haven JPY fell back. I still expect more weakness from CHF, especially as German Bund bond yields have risen more than Swiss bond yields, increasing the attractiveness (or diminishing the penalty, perhaps) of investing in EUR-denominated assets. 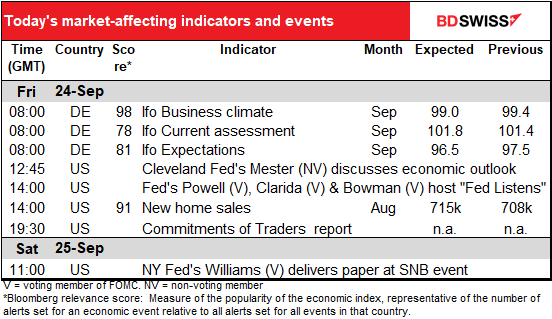 Today’s Ifo survey is expected to show little change from the previous month – the current assessment is forecast to have risen a bit, but the expectations index to have declined a bit more. 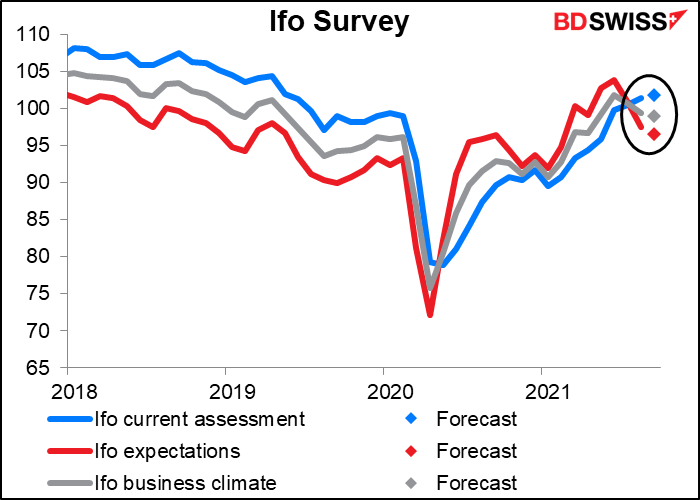 US new home sales are expected to be up 1.% on the month even though existing home sales were -2.0%. 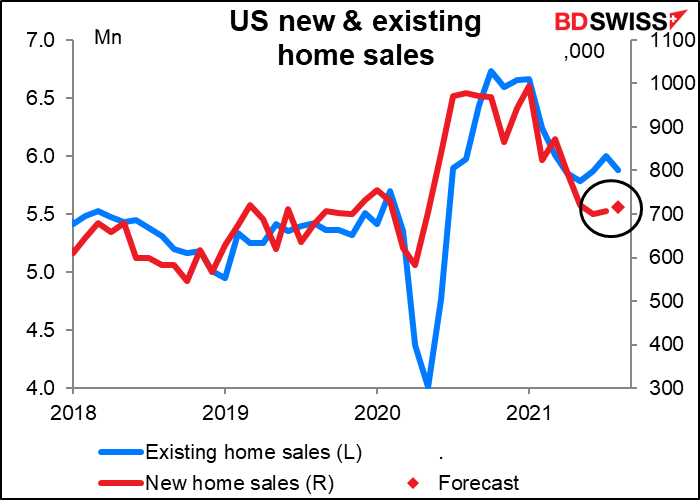 And of course Sunday we have the German Federal election. I did a webinar on that yesterday with my colleague Frank Walbaum:  How will the German Elections Impact the FX and EU markets- Pre-election We will also do a webinar on Monday after the results are out. Please register here: https://eu.bdswiss.com/webinars/ The subject is too complicated to discuss in a brief morning note. In short, it looks like no two-way coalition will be possible. We are therefore looking at several months of negotiations for a three-way coalition. The uncertainty could drag on the euro, although so far the markets don’t seem to be concerned. 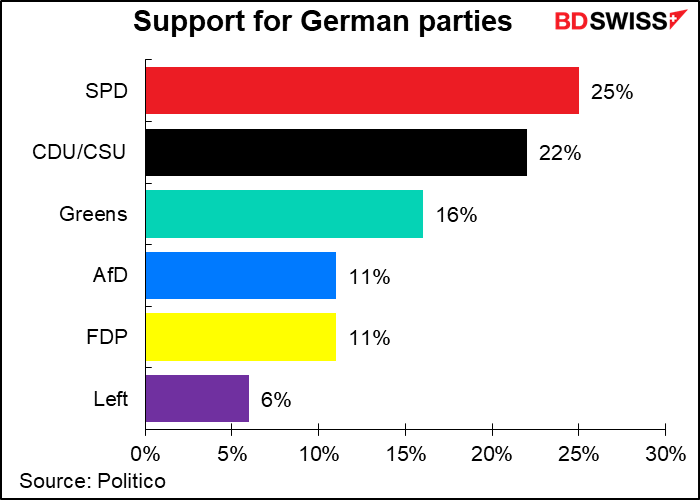 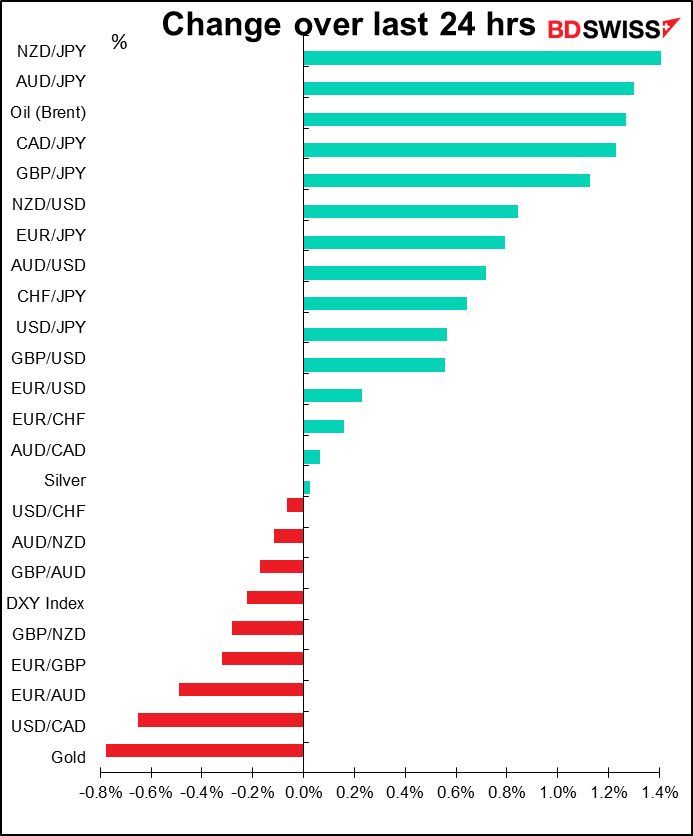