You are at:Home»MARKET PREVIEW»AUD Down as Virus Cases Surge; German Ifo survey 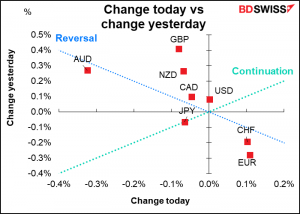 Not much to discuss in the FX market today – movements were generally small. That’s surprising as there was a pretty good “risk-on” mood in the stock markets. The S&P 500 moved further into record territory and the fabled Dow Jones Industrial Average broke through 35,000 for the first time ever. Messers. Glassman and Hassett may be proven somewhat right, finally! (I say “somewhat” because when they wrote this book in 1999 they said it would hit 36,000 “in a short time.” I don’t consider 22 years to be “soon.”) 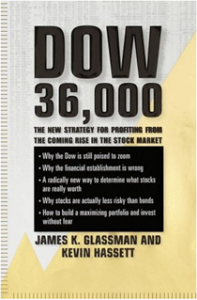 The only currency moving notably is AUD. People in Australia are taking to the streets in protest over lockdown measures despite a steep increase in the number of virus cases. 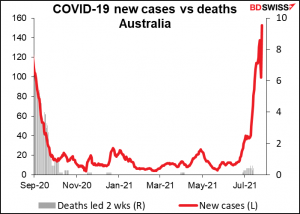 The country is lagging other industrial nations in vaccinations – it’s administered enough doses for only 22% of its population, vs 51% for the US and 62% for the UK. 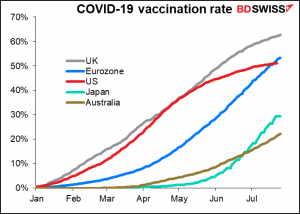 Perhaps as a result, the market has been pushing out the expected date when the Reserve Bank of Australia (RBA) might start tightening policy. This is likely to weigh on AUD. 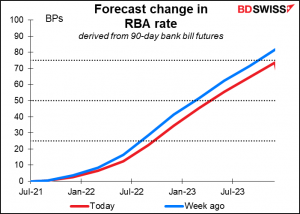 The big event for AUD this week is Wednesday’s consumer price index (CPI). The headline rate of inflation is expected to leapfrog over the RBA’s 2%-3% target band to +3.7% yoy. That could be the occasion for some buying of AUD in hopes that the RBA might change its view. 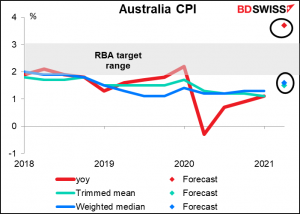 Speculators continue to reduce their short USD (i.e., long currency) positions. Half of the change in the latest week came in their EUR longs, the rest was divided pretty evenly between reducing CAD longs and switching from long GBP to short. They also increased AUD shorts while reducing NZD longs a bit. There was almost no change in their JPY position. 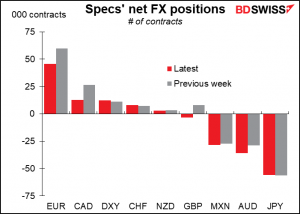 Hedge funds’ biggest move in percentage terms was to increase their EUR shorts next was cutting their GBP longs. They also trimmed their long CAD positions. 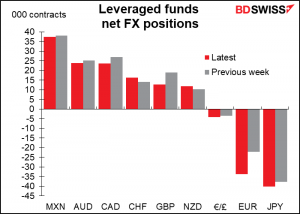 Retail cut their long CAD in half and went more or less flat GBP. They also increased their short AUD and CHF. 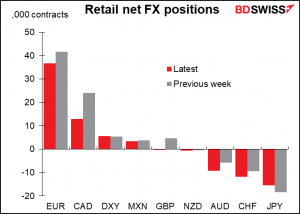 Speculators increased the long gold position but cut their long silver a bit. 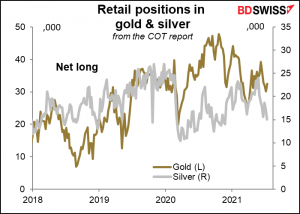 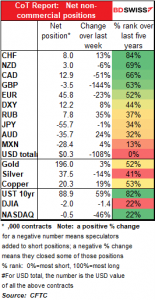 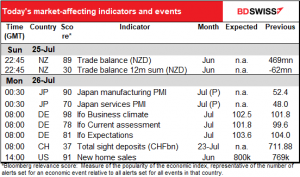 A quiet day today, the only one this week.

Japan’s purchasing managers’ indices (PMIs) are already out. Disappointing! They were both down, with the crucial service-sector PMI falling especially hard.

Japan remains an outlier internationally, with its manufacturing sector not doing that well and its service sector still in contractionary territory. This is why I think the outlook for the yen is negative, barring some big shudder in the stock markets that causes Japanese investors to become more risk-averse. 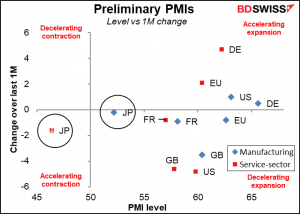 The Ifo survey is expected to show an improvement in the current assessment but a small decline in the expectations. 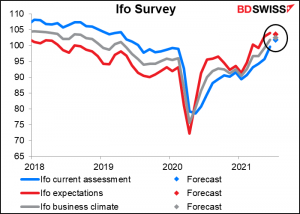 That seems understandable, given the recent rise in new cases of the virus in Germany (and almost everywhere else, too). 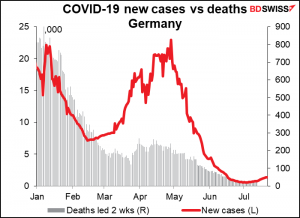 The Swiss National Bank seems to be staying out of the market – Swiss sight deposits rose a bit last week, but over the last month they’re down overall. Will that keep up as EUR/CHF approaches 1.08? Stay tuned to find out! 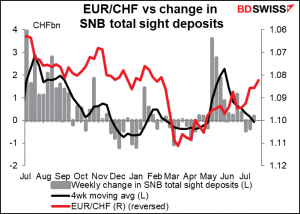 US new home sales are expected to be up +4.0% mom, compared to the +1.4% mom rise in last week’s existing home sales. Supply may account for much of the difference. In any event, all the indicators are that the US housing market remains in pretty good health. 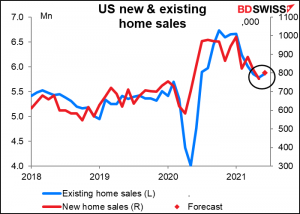 This is a kid who’ll go far in life. 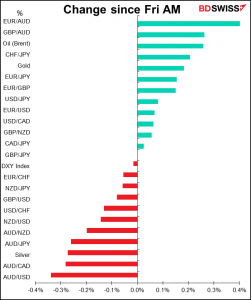